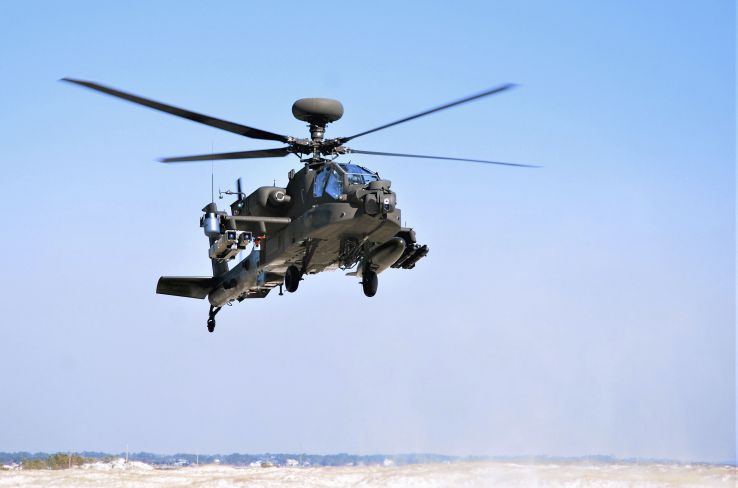 The AH-64E Apache testbed used for the demonstration can be seen with a pair of Spike NLOS missiles on its right-side outer weapons pylon. (US DoD)

The demonstration, announced on 17 March, took place at Eglin Air Force Base (AFB) in Florida in February.

“The US Army’s new Spike missile completed a demonstration last month here thanks to the 780th Test Squadron,” Eglin AFB said. “The 96th Test Wing squadron was responsible for planning and executing the maritime (over water) demonstration of the non-line-of-sight, multi-purpose weapon using the US Army’s AH-64E Apache helicopter.”

As noted by the US Air Force (USAF), the four-day demonstration saw the Israeli-built missile tested on an Apache supplied by the US Army Futures Command Future Vertical Lift Cross Functional Team and the Combat Capabilities Development Command Aviation and Missile Center.

“Day 1 – Modifications were made to the aircraft and the weapon was set up. Testers checked all flight and ground systems to make sure they were working correctly and with the weapon and any test telemetry added to the aircraft.

“Day 2, 3 – The test teams went through rehearsals and performed practice shots. This benefited the pilots and test support teams to make sure everyone knew where to be and what would most likely happen during the actual test. It also ensured all systems were working in flight and allowed the team to plan for any unforeseen emergency procedures.