On 21 July, the service announced that over the past few weeks it has been delivering the vehicle upgrade to members of the 3rd Battalion, 8th Cavalry Regiment, 3rd Armored Brigade Combat Team, 1st Cavalry Division.

“This is the first time we have fielded a new tank in about 16 years,” said Lieutenant Colonel Nicholas Sinclair, commander of 3rd Battalion, 8th Cavalry Regiment. “We will be the first ones trained on this so it’s really special to us to make sure we’re doing it right.”

Soldiers will spend several weeks learning about the tank, and how to operate, maintain, and utilise it in preparation for fielding. To accelerate the process, each tank includes an embedded trainer to help soldiers repeat activities even when the vehicle is stationary, Lt Col Sinclair explained.

Once the soldiers are familiar with the new tank, they will move to the field for gunnery live-fire exercises. 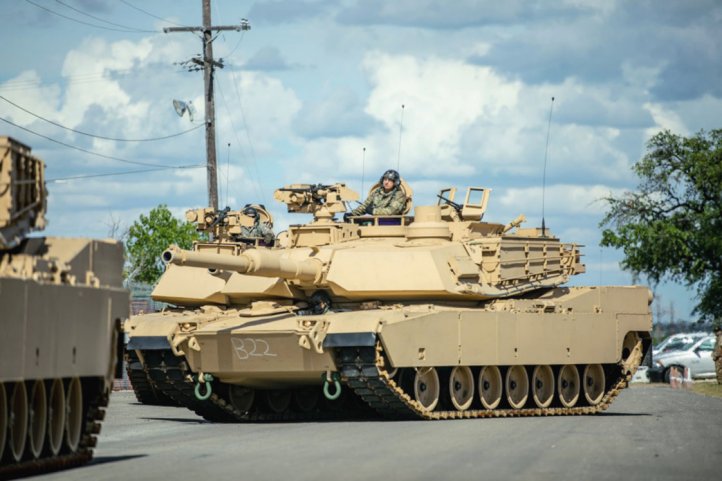 US soldiers at Fort Hood, Texas, are receiving the first set of new M1A2C Abrams MBTs. (US Army)

The first, ECP1A, includes increased protection, onboard diagnostics, and a shift from line-replaceable units to line-replaceable modules that are easier to exchange because there are fewer cables, boxes, and cards to handle. The upgrade also made changes to the digital architecture to host a gigabit ethernet databus and installs a new power management system and generator to add 7,840 W.