The US Army has received the first of 18 new Airbus Helicopters UH-72B Lakota support helicopters, the manufacturer announced on 7 September. 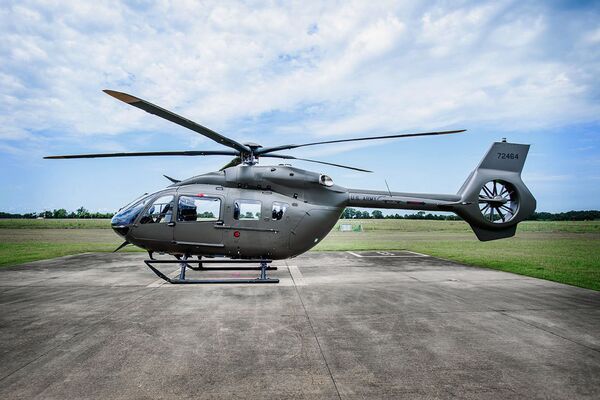 The first of 18 UH-72B helicopters was delivered to the National Guard on 7 September. (Airbus)

The National Guard took receipt of the first aircraft direct from Airbus Helicopters' Columbus production facility in Mississippi, marking the latest phase in the US Army Lakota programme that began with the contract award for the first of an eventual 463 UH-72A variants in 2006.

Derived from the civil EC145 (latterly known as the H145), the Lakota was originally procured by the US Army to free up front-line types such as the Sikorsky UH-60 Black Hawk, and to enable the phasing out of older types such as the Bell UH-1 ‘Huey' and OH-58A Kiowa Warrior.

The Lakota can be configured for a number of support roles, including training, border security, search-and-rescue, medical evacuation, disaster response, VIP transport, and range support.

The US Army has received the first of 18 new Airbus Helicopters UH-72B Lakota support helicopters, t...