The US Army has awarded FLIR Systems a USD15.4 million contract to procure Black Hornet 3 palm-sized unmanned aerial vehicle (UAV), according to a company statement.

The army has placed several orders for the Black Hornet 3 totalling more than USD85 million, FLIR Systems said. These include the first order, a USD2.6 million contract awarded in 2018. 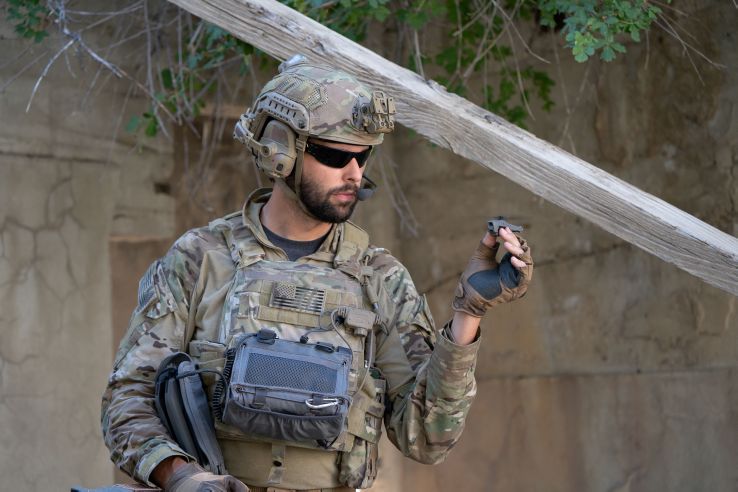 A soldier holds FLIR Systems’ Black Hornet 3 palm-sized UAV. The US Army awarded the company a USD15.4 million contract in March, to procure an unspecified number of the aircraft for its Soldier Borne Sensor programme. (FLIR Systems)

The army placed a USD39.7 million order in January 2019 and awarded another contract in May 2019 worth USD20.6 million, according to Janes All the World’s Aircraft: Unmanned.

On May 5 FLIR Systems spokesman Joe Ailinger declined to say how many Black Hornet 3s the company would provide under the March contract. Deliveries will begin in mid-2021 and continue through the year. He declined further requests for comment.

The Black Hornet 3, dubbed a personal reconnaissance system, weighs 33 g and is 168 mm long with a 123 mm rotor diameter. The aircraft has a top speed of 22 kmph operating at a range of 2 km, and can fly in 20 kt wind gusts. The aircraft has a flight time of up to 25 minutes and transmits live video and high definition (HD) still images to the operator.

Ailinger said the Black Hornet ground control station consists of a base station, a controller, and a display. The base station houses two Black Hornet 3s and, in combination with the purpose-built, one-handed controller, enables all necessary functions to plan, execute, and analyse missions. All the data is stored on a removable SD card on the base station for review and sharing.

The US Army has awarded FLIR Systems a USD15.4 million contract to procure Black Hornet 3 palm-sized...