Next article
Surface Navy 2021: US Navy tables possible Aegis Ashore transition to another entity, for now

The Pentagon will announce within days whether it is green-lighting production of the US Army’s new Integrated Battle Command System (IBCS) network, Janes has learned.

The army had anticipated that Ellen Lord, the Pentagon’s acquisition chief, would hold the IBCS milestone C review in mid-November 2020 but as of early January the service had not yet been notified of a decision, according to an army spokesperson. However, Lord’s office told Janes on 11 January that the announcement will be coming within days.

If the army receives the go ahead, Northrop Grumman’s IBCS will move into the production and operational testing phase, and the system could be ready for initial operational test and evaluation around the mid-2021 timeframe.

An affirmative decision would also mark a turnaround for the programme. Since its inception in 2009, the army has spent about USD2.5 billion on the effort and encountered multiple setbacks along the way including a failed 2016 limited user test (LUT).

After four years of work, however, the army largely praised the 2020 LUT that occurred at White Sands Missile Range, New Mexico.

“What happened today was multiple sensors, multiple shooters, and a command-and-control system that identified, classified, and passed a track to the right shooter,” Army Futures Command (AFC) head General Mike Murray told reporters in August 2020 after a LUT event.

IBCS is designed to use multiple sensors and effectors to extend the ‘battlespace’, provide soldiers with 360° protection, increase survivability by enabling early detection and continuous tracking, and defeat a complex threat set. More specifically, the network is designed to connect army radars and combine their targeting data and pass that data to whichever launcher is best suited to take a shot against a target. 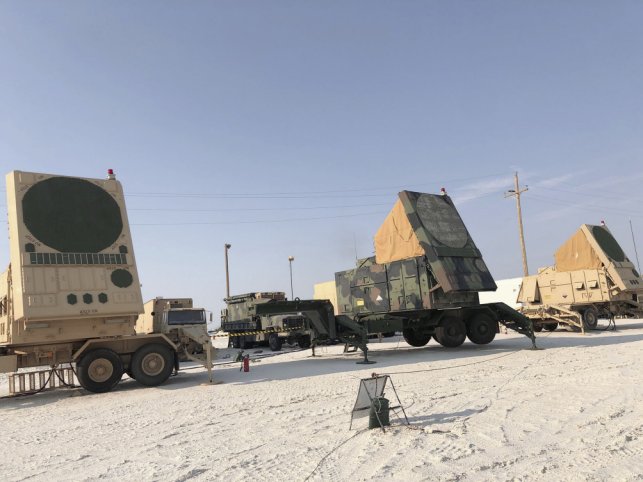 The Pentagon will announce within days whether it is green-lighting production of the US Army’s new ...