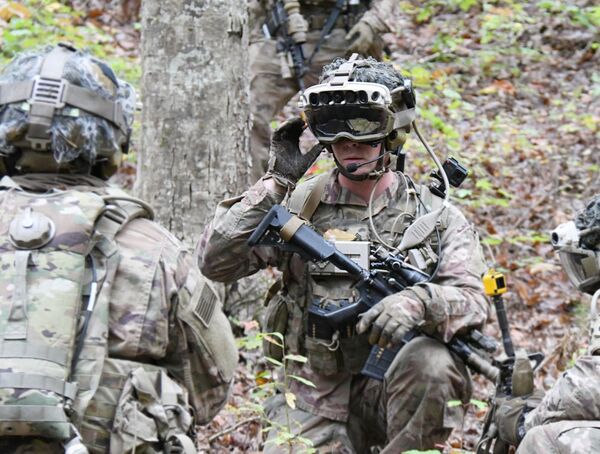 Soldiers from the 82nd Airborne Division use the latest IVAS prototype during a training exercise in October 2020. (US Army )

The US Army has postponed plans to field Microsoft's HoloLens 2 augmented reality (AR) system to soldiers while it ‘matures' the technology, the service has confirmed.

Janes first reported that the Assistant Secretary of the Army for Acquisition, Logistics, and Technology's (ASAALT's) office paused the Integrated Visual Augmentation System (IVAS) programme while it worked to refine its timeline. While the army has not responded to Janes questions about what prompted this decision, it has confirmed that operational testing that had been slated to occur in July of this year had been bumped to May 2022 “in order to further mature technologies”.

“The army conducted an adversarial electronic warfare and cybersecurity test in September 2021,” the army wrote in a 14 October statement. “This decision allows the army and industry team to continue to enhance the IVAS technology platform ensuring soldiers achieve overmatch in multi-domain operations. The army looks forward to continuing its partnership with Microsoft in developing and fielding this revolutionary first-of-its-kind technology.”

The decision to postpone IVAS fielding comes just months after the army announced it was moving forward with the system and would transition it from a rapid prototyping effort into a production and rapid fielding project. As such, it awarded Microsoft a production contract valued at up to USD21.9 billion over 10 years.

The US Army has postponed plans to field Microsoft's HoloLens 2 augmented reality (AR) system to sol...