The US government has approved the sale to Israel of aviation fuel and other petroleum-based products for an estimated USD3 billion. 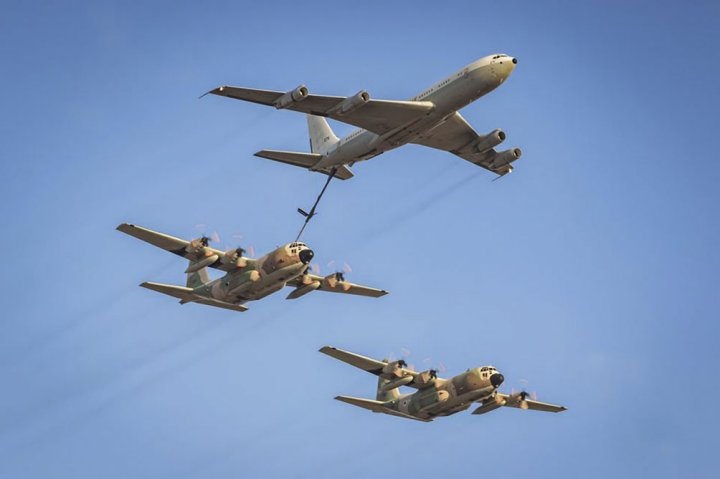 An Israeli 707 tanker offloads fuel to a pair of C-130H Hercules transport aircraft. Since at least 2010, Israel has sourced its aviation and other defence fuel requirements from the United States via the Foreign Military Sales route. (Israeli Air Force)

“The proposed sale of the JP-8 aviation fuel will enable Israel to maintain operational aircraft. Diesel fuel and unleaded gasoline will be used for ground vehicles. The proposed sale will improve Israel’s ability to meet current and future threats in order to defend its borders,” the DSCA said.

The proposed sale must now be approved by Congress before a contract can be signed.

As noted by Janes World Air Forces, the Israel Defense Forces fields approximately 570 aircraft of all types, including turbofans, turboprops, and turbine-powered helicopters that all run on JP-8 or similar fuels.

The US government has approved the sale to Israel of aviation fuel and other petroleum-based product...