The United States has approved the sale to the Philippines of the latest-variant Lockheed Martin F-16 Fighting Falcon combat aircraft, as well as air-launched air-to-air and anti-shipping missiles for an estimated USD2.6 billion. 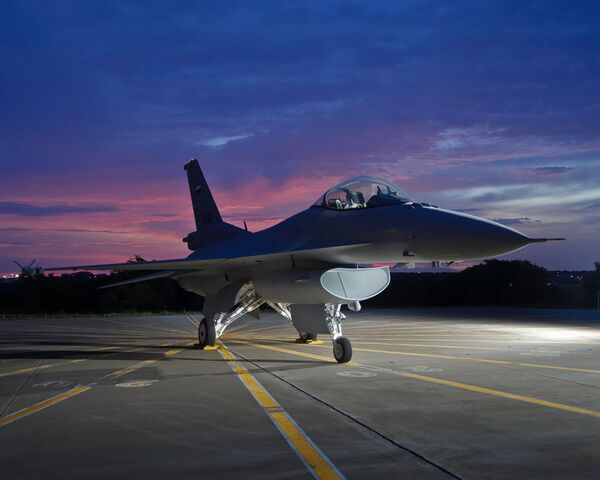 The Philippines has been approved to buy 12 F-16V combat aircraft, as well as related air-to-air and anti-shipping missiles. (Lockheed Martin)

In three separate notifications posted by the US Defense Security Cooperation Agency (DSCA) on 24 June, the US State Department cleared the sale of 10 single-seat Block 70 and two twin-seat Block 72 F-16V fighters (in the approval they are given their US Air Force F-16C/D designations, rather than the manufacturer's F-16V), 24 Raytheon AIM-9X Sidewinder Block II air-to-air missiles, and 12 Boeing AGM-84L-1 Harpoon Block II anti-shipping missiles.

“The proposed sale will improve the Philippines' capability to meet current and future threats by enabling the Philippines to deploy fighter aircraft with precision munitions in support of counter-terrorism operations in the southern Philippines, increasing effectiveness and minimising collateral damage,” the DSCA said of the F-16V approval, adding that the wider package “will support the foreign policy and national security of the United States by helping to improve the security of a strategic partner that continues to be an important force for political stability, peace, and economic progress in South East Asia”.

The United States has approved the sale to the Philippines of the latest-variant Lockheed Martin F-1...