US approves F-15 sale to Indonesia 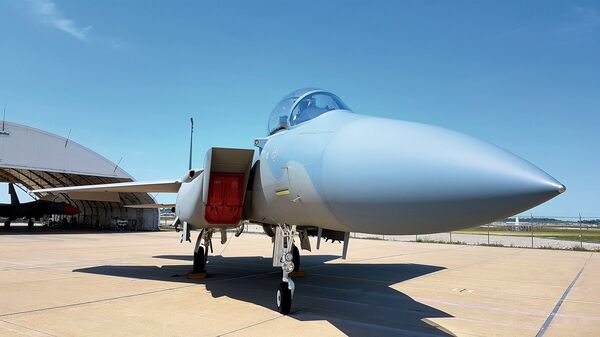 Indonesia is set to become the latest customer of the F-15 Advanced Eagle (pictured), with the approval on 10 February to acquire up to 36 F-15ID variant aircraft. (Janes/Gareth Jennings)

The United States has approved the sale of Boeing F-15 Advanced Eagle combat aircraft to Indonesia for an estimated USD13.9 billion.

The State Department approval, announced on 10 February, covers up to 36 Indonesian-specific F-15ID variants of the Advanced Eagle, as well as related equipment, spares, mission kit, training, and support. Besides the aircraft's internal M61A Vulcan Gatling gun, weapons are not included in the package.

“The proposed sale will improve Indonesia's capability to meet current and future threats by enabling it to provide increased deterrence and air defence coverage across a very complex air and maritime domain,” the US Defense Security Cooperation Agency (DSCA) said.

The proposed sale must be approved by the US Congress before a contract is signed.

The F-15ID is the latest version of the export Advanced Eagle that has previously been sold to Saudi Arabia as the F-15SA and to Qatar as the F-15QA, and that features a number of capability enhancements over earlier generation models. Although the DSCA notification does not provide too many details as to the likely end configuration of the F-15ID, it does note that it is to be equipped with the AN/ALQ-250 Eagle Passive Active Warning Survivability Systems (EPAWSS) as fitted to the US Air Force's F-15EX Eagle II. This feature indicates that the F-15ID will be the most advanced version of the ‘Advanced Eagle' to date.