The United States and Poland have reached an Enhanced Defense Cooperation Agreement (EDCA), the US Department of Defense (DoD) and Polish Ministry of National Defence (MND) have announced. The MND already reported political agreement on the EDCA on its website on 31 July, followed by the DoD’s announcement in a 3 August press release of the completion of negotiations on the agreement. 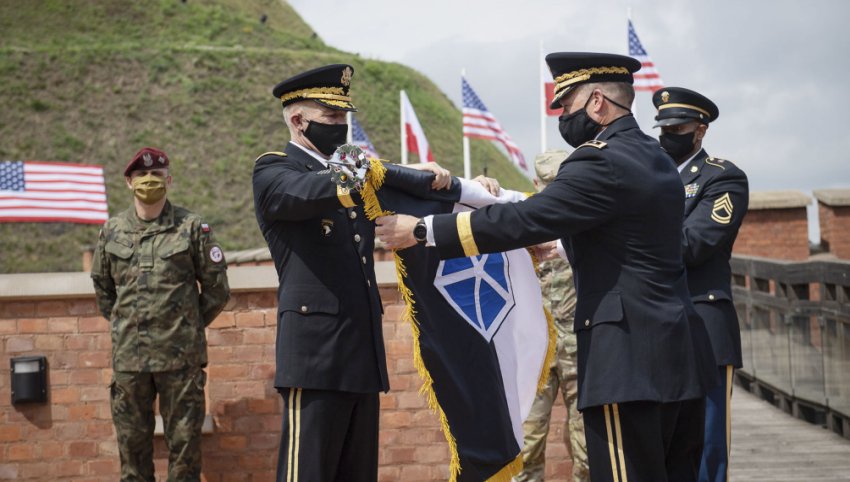 The DoD pointed out that the EDCA reflects the joint declarations signed by Presidents Donald Trump and Andrzej Duda in 2019. It specified that the EDCA “provides the required legal framework, infrastructure, and equitable burden-sharing essential to deepening our defence co-operation”.

The EDCA will increase the US rotational presence in Poland from 4,500 to 5,500 troops, including forward elements of the US Army’s V Corps headquarters and of a divisional headquarters; intelligence, surveillance, and reconnaissance assets; and infrastructure to support an armoured brigade combat team (ABCT) and combat aviation brigade.

US Army Europe (USAREUR) announced in a 4 August press release that V Corps Headquarters (Forward) would be located in Poland on a rotational basis but did not reveal exactly where in the country when asked by Janes the same day. USAREUR expected the first rotation of the 200-strong forward command post in fiscal year 2021.

The United States and Poland have reached an Enhanced Defense Cooperation Agreement (EDCA), the US D...