The ROBOpilot, previously known as the Robotic Unmanned Conversion Program, flew for about 72 minutes, completing all test objectives, according to an AFRL statement. Marc Owens, CRI ROBOpilot programme manager, told Janes on 28 September that the objectives of the mission were primarily autopilot gain tuning and checking robot actuator performance. 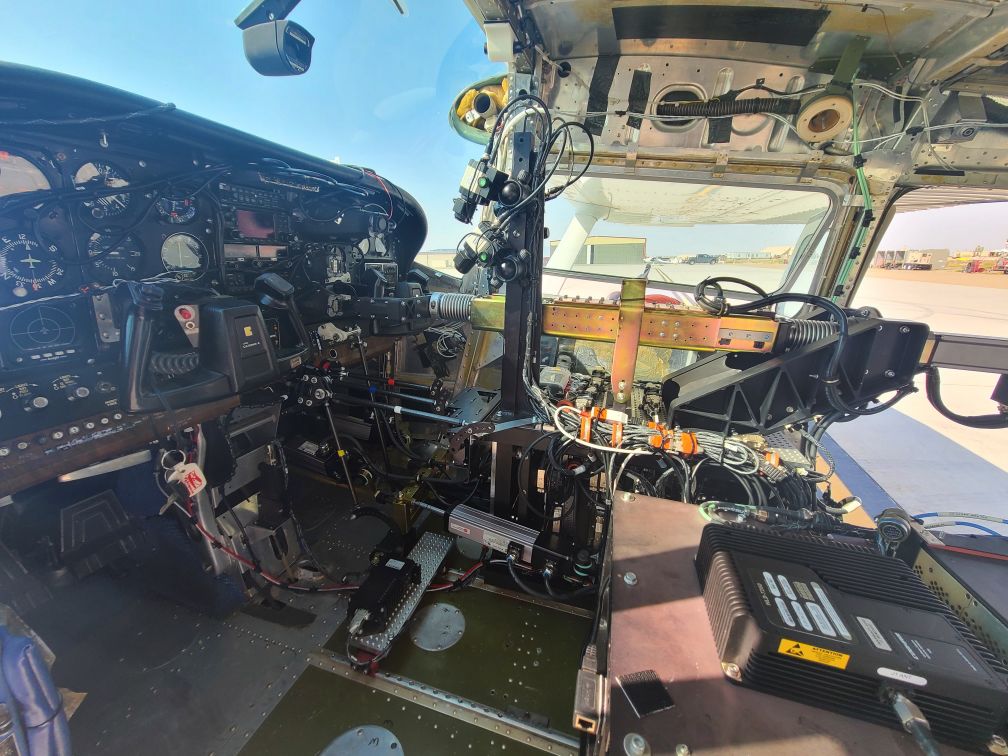 AFRL and DZYNE Technologies resumed flight testing of the ROBOpilot unmanned air platform and completed a fourth flight test on 24 September 2020. Pictured is the cockpit of the Cessna 206 used in operation. (US Air Force)

Owens said the ROBOpilot flight manoeuvres were take-off, straight and level flight, turning flight, mock landings at altitude, and landing. All manoeuvres were well within the established Cessna 206 envelope. The Cessna 206 has a maximum level speed of 178 kt and a cruising speed of 164 kt, according to Janes All the World’s Aircraft .

This event marks a return to the skies for the ROBOpilot, which completed its first flight in August 2019. The ROBOpilot later incurred damage during a landing mishap following a two-hour flight. Both the aircraft and robot, Owens said, were damaged in the mishap.