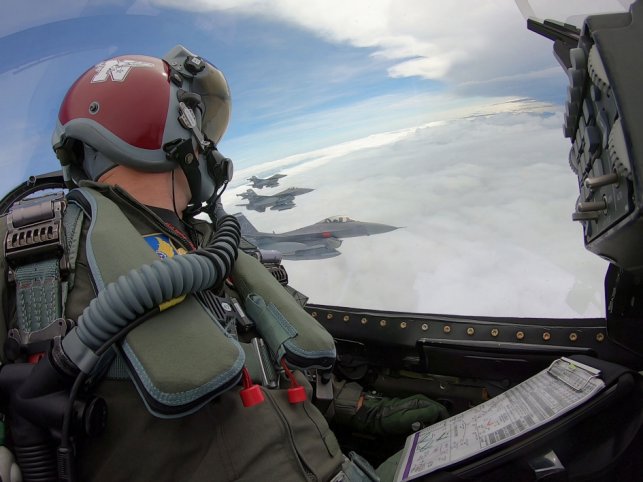 The US Air Force on 2 July tested next-generation AESA radars flying in a ‘four-ship’ formation of F-16s for the first time. The goal was to see if the radar signals improved or degraded while operating together. (US Air Force)

The radar is used in the suppression or destruction of enemy air defences, including targeting radars and surface-to-air missiles. It also improves existing air-to-air capabilities and enhances air-to-ground mapping.

“This capability allows us to target the northwest corner of a small building or the cockpit of an aircraft from several miles way, beyond line-of-sight,” Jack Harman, 40th Flight Test Squadron F-16 fighter test pilot, was quoted by the USAF as saying. “[The radar] improves our ability to identify the threat prior to us being targeted. We no longer have to be inside a threat envelope in order to detect it”.

By testing four AESA radars at the same time, the team assessed whether the aircraft experienced interference and evaluated if the signal improved or degraded while operating together.

Further indications have emerged that an airborne early warning and control (AEW&C) variant of the X...
Request Consultation