The US Air Force (USAF) is modernising its fleet of Lockheed LC-130H Hercules ‘Skibird’ aircraft as the service leadership expects to see increasing demand for the aircraft in the Arctic.

“It is likely we will see the demand (for the aircraft) go up to be able to have unlimited access to the Arctic region, which the aircraft is essential to,” General David Goldfein, USAF chief of staff, said on 21 July during an Atlantic Council event. 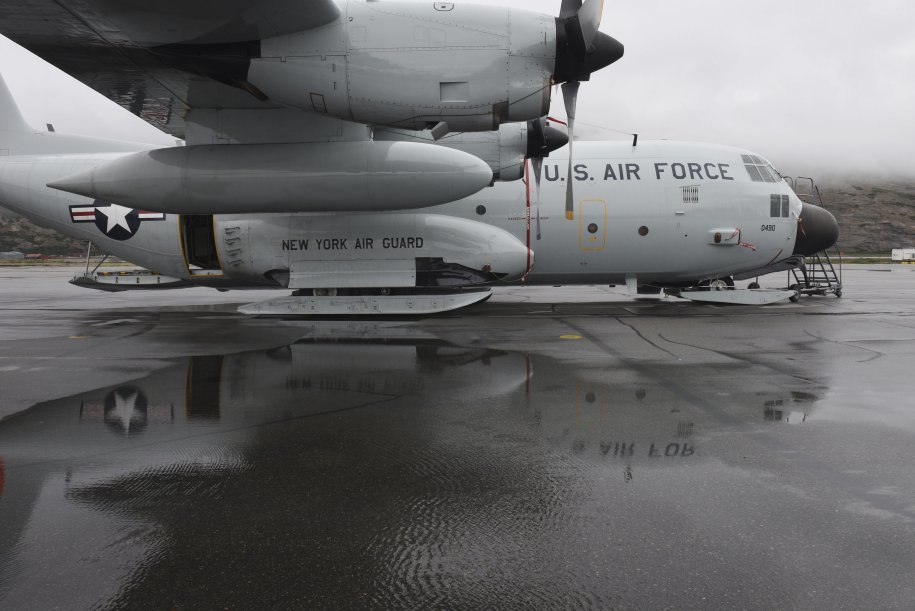 A LC-130H ‘Skibird’ from the New York Air National Guard’s 109th Airlift Wing pictured on a runway in Greenland on 27 June 2016. The USAF is modernising its fleet of LC-130H aircraft as the aircraft is essential for accessing the Arctic, a growing region of importance to the Pentagon. (US Air National Guard)

The LC-130H is the polar version of the Lockheed Martin C-130 Hercules transport aircraft. It features ski-equipped landing gear, which enables operation on snow or ice for all-year access to places such as Greenland and Antarctica.

The aircraft also has wheels for landing on prepared hard surfaces. The 109th Airlift Wing, part of the New York Air National Guard (ANG), operates the LC-130H, the Pentagon’s only ski-equipped transport and contingency aircraft.

USAF spokesperson Ann Stefanek said on 21 July that all 10 LC-130H aircraft are required to be maintained in a common configuration. The completed modifications, so far, are the Hamilton Sundstrand NP2000 eight-blade propellers, electronic propeller control system (EPCS), and Automatic Dependent Surveillance-Broadcast (ADS-B) Out. ADS-B Out allows equipped aircraft and ground vehicles to broadcast their identification, position, altitude, and velocity to other aircraft and air traffic control (ATC).

The US Air Force (USAF) is modernising its fleet of Lockheed LC-130H Hercules ‘Skibird’ aircraft as ...