The US Air Force (USAF) has increased the number of its Reforge proof of concept (RFX) advanced trainer aircraft that it wants to acquire while also opening it up to competition.

The USAF in March expected to sole-source a contract to Hillwood Aviation for between four and eight advanced trainer aircraft to provide a total ‘turn-key’ flying solution. The service wants to revolutionise fighter aviator development while improving combat air forces readiness. 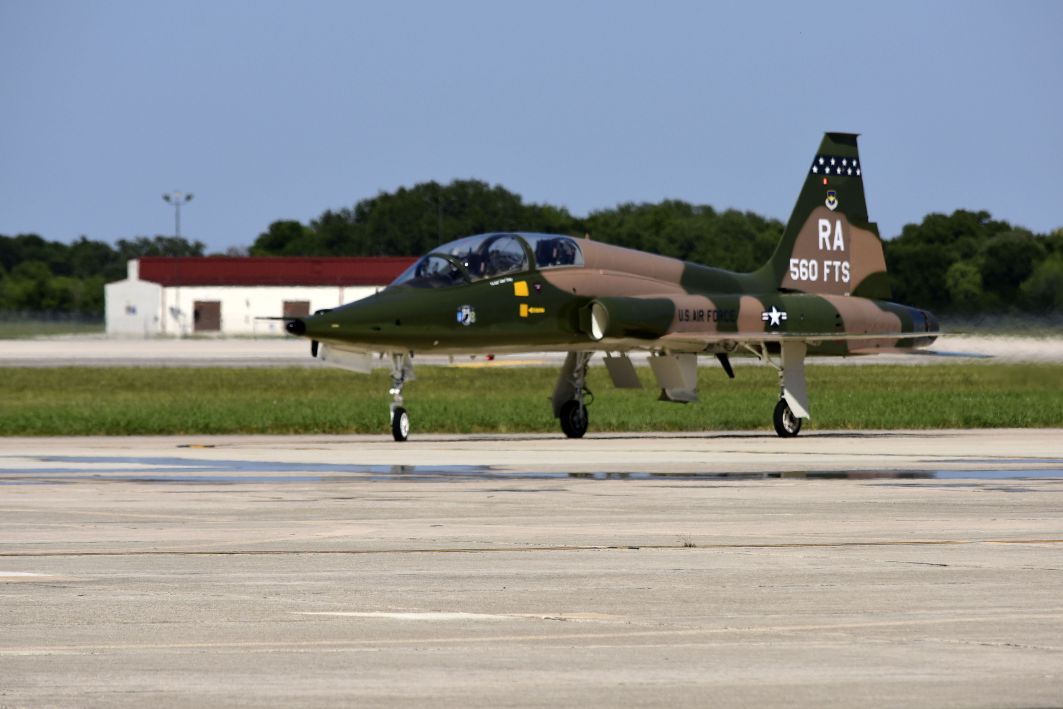 A Northrop T-38C Talon taxis after landing at Joint Base San Antonio-Randolph, Texas, on 17 May 2018. The US Air Force wants to use the Reforge proof of concept to revolutionise advanced flight training, which is currently performed in the T-38C. (US Air Force)

The air force now expects to lease at least eight advanced trainer aircraft via a competition and have these aircraft delivered by mid-2021. This is according to a 21 May proof of concept posted on the beta.sam.gov federal contracting website.

General James Holmes, Air Combat Command chief, said on 22 June that the service retains the right to change the acquisition strategy if bidders do not provide offers in an affordable pricepoint. The USAF is currently using a commercial solutions opening (CSO) acquisition strategy for RFX.

The US Air Force (USAF) has increased the number of its Reforge proof of concept (RFX) advanced trai...

Prime contractor Lockheed Martin is willing to settle with the Pentagon over hundreds of millions of...
Thank you for your inquiry, a Janes representative will be in contact with you shortly.