The US Air Force (USAF) chief of staff, General Charles Brown, wants to procure a new clean-sheet design advanced aircraft that would be in the capability range between a fourth- and fifth-generation fighter platform to prosecute low-end fights.

The service will perform a tactical aircraft study using modelling and simulation (M&S) to evaluate the proper tactical platform mix that would provide the most capability. This study, he said on 17 February, would provide insight into the capability that the USAF needs, how many platforms that it would require, and if a new clean-sheet aircraft would provide a jump in technology. 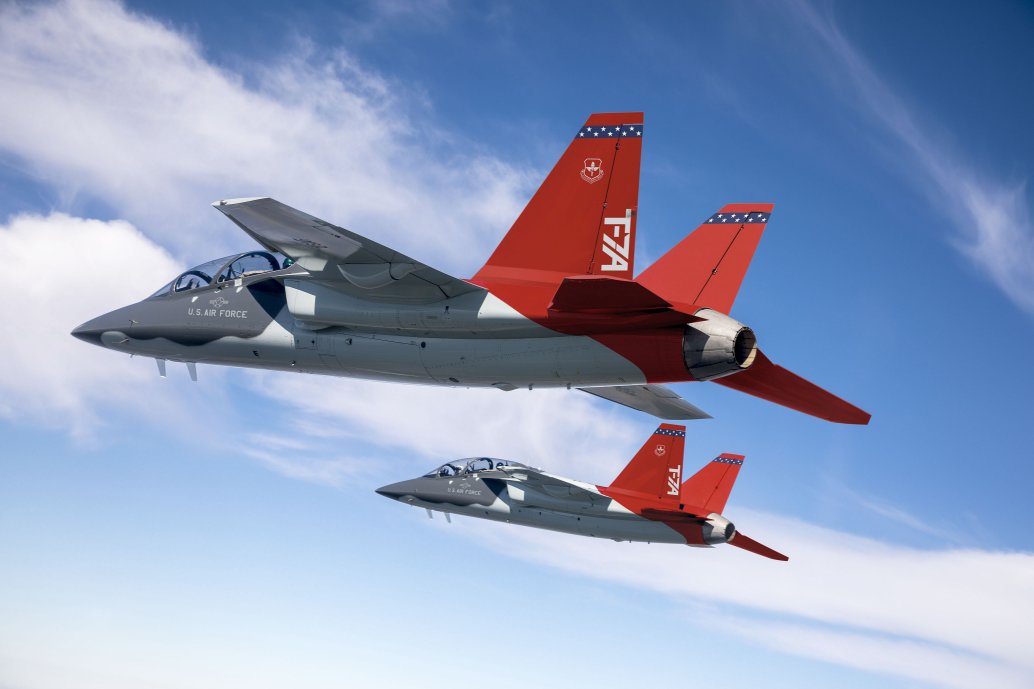 The Boeing-Saab T-7A Red Hawk jet trainer utilised digital engineering for its development. The USAF chief of staff wants to leverage digital engineering lessons from the T-7A to procure a new clean-sheet advanced aircraft that would have capabilities in the range of a 4th–5th-generation fighter. (Boeing)

Gen Brown wants capabilities such as open mission systems (OMS) that he said could not get on existing aircraft such as Lockheed Martin F-16 Fighting Falcons. OMS would enable the USAF to update code in a matter of minutes in response to new threats. He said, having flown the F-16, that it would take years to get a new operational flight profile for the aircraft. A request for comment was left with Lockheed Martin before publication.