The US Air Force (USAF) has completed its final installation of an Integrated Battle Station (IBS) onto a Rockwell B-1B Lancer strategic bomber, according to a service statement.

The IBS was the largest, most complicated modification ever performed on the B-1 and it gave the flight deck a whole new look. The upgrade improves aircraft situational awareness with colour displays and enhanced navigation and communication systems that are projected to significantly enhance B-1B mission readiness, Lieutenant Colonel James Couch, 10th Flight Test Squadron commander, was quoted by the USAF as saying. 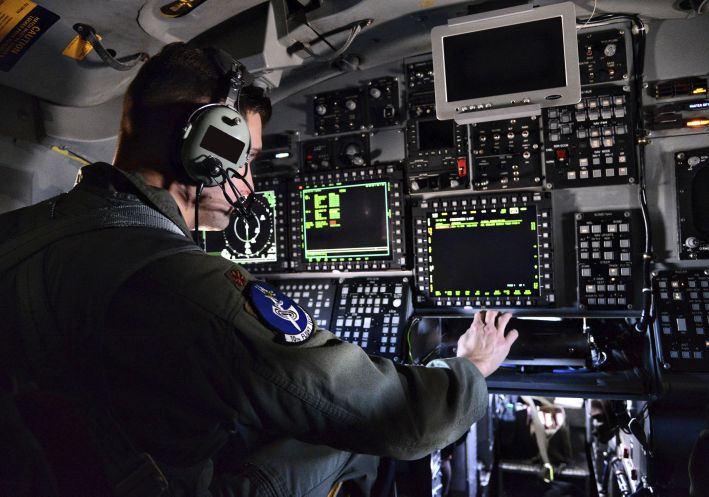 Major Michael Griffin, with the US Air Force’s 10th Flight Test Squadron, evaluates a B-1B with the new Integrated Battle Station modification. 60 aircraft went through the modification process, which began in late 2012 and was completed in September 2020. (US Air Force)

All aircraft outfitted with the IBS modification enhancements provide the four operators of the aircraft with improved awareness of surrounding threats, whether those threats are air-to-air or air-to-ground. The IBS modification also provides a much faster capability to execute both defensive and offensive manoeuvres needed in conflict, Rodney Shepard, 567th Aircraft Maintenance Squadron director, was quoted by the USAF as saying.

The US Air Force (USAF) has completed its final installation of an Integrated Battle Station (IBS) o...