The US Air Force (USAF) has awarded AeroVironment a pair of firm-fixed-price contracts totalling nearly USD16 million to procure the company's Puma 3 AE (All Environment) unmanned aerial system (UAS) and spares, and the RQ-11B Raven small UAS spares, the company announced on 22 July. 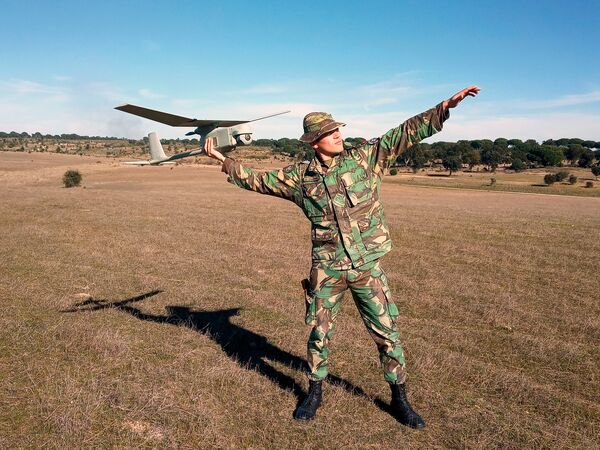 The orders were received on 19 April and 6 May. The Puma 3 AE systems and spares were delivered on 30 April. The delivery of the Raven spares is anticipated by November 2021.

The Puma 3 AE and Raven are to provide USAF Security Forces with situational awareness for protecting bases, Trace Stevenson, AeroVironment vice-president and product line general manager for small UAS, was quoted by the company as saying. The USAF and AeroVironment had not responded to requests for comment at the time of publication.

The Raven is designed for operations requiring low-altitude intelligence, surveillance, and reconnaissance (ISR). The hand-launched aircraft has a 1.4 m wingspan and weighs 1.9 kg.

The Raven has an operational range of 10 km and operates from 150 to 1,000 ft altitude. The aircraft's Mantis i23 electro-optical/infrared (EO/IR) gimballed payload provides real-time video or IR imagery to ground control and remote viewing stations. The Raven has a system cost of around USD260,000, according to a USAF fact sheet as of March 2017.