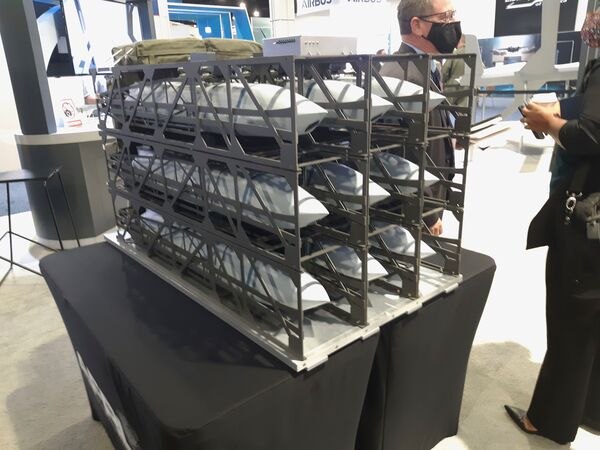 The US Air Force Research Laboratory (AFRL) plans to experiment with additional weapons and effects, such as jamming and decoys, in its Rapid Dragon palletised munitions campaign in fiscal year 2022.

Dean Evans, Rapid Dragon programme manager, told Janes on 22 September that he intends to award contracts to Raytheon and Boeing to integrate Raytheon's ADM-160B Miniature Air-Launched Decoy (MALD) and Boeing's Joint Direct Attack Munition – Extended Range (JDAM-ER) into the programme. The JDAM-ER is in production and in use by the Royal Australian Air Force, according to Janes Weapons: Air Launched .

These contracts are being negotiated. Lockheed Martin and its subcontractors are the only companies under contract for Rapid Dragon.

Rapid Dragon could lead to a roll-on, roll-off system that turns mobility aircraft into lethal platforms, which augment the strike capacity of tactical fighters and strategic bombers. These new capabilities could provide combatant commanders additional flexibility to prosecute targets en masse, or as a whole, in combat.

The US Air Force Research Laboratory (AFRL) plans to experiment with additional weapons and effects,...