Update: US Army receives first four ISVs, half of the initially anticipated delivery

General Motors (GM) Defense handed over its first four Infantry Squad Vehicles (ISVs) to the US Army in late October, but had to strike a deal with the service for more time to deliver four additional vehicles.

GM Defense and the army participated in a formal ISV delivery event on 27 October, only four months after the service selected the revamped version of the Chevrolet Colorado ZR2 midsize truck over bids from Oshkosh Defense and Science Applications International Corporation (SAIC).

“During soldier testing, the feedback we received was paramount in delivering a vehicle that met soldiers’ needs, while maximising safety and performance and taking their comfort into consideration,” Mark Dickens, GM Defense chief engineer, wrote in an announcement.

While the company and army praised the speed of delivery, especially during the ongoing Covid-19 pandemic, in early July Dickens and vice-president of Growth and Strategy, Jeff Ryder, told Janes they would deliver eight ISVs by the end of October. During the event, GM Defense officials said the Covid-19 pandemic continues to be a challenge but did not respond to questions about the delivery discrepancy.

Later, the army’s product lead for Ground Mobility Vehicles Steve Herrick told Janes that the company will deliver the additional four vehicles in November and noted that this “new delivery schedule … does not hinder the programme”.

“All ISV efforts are on track without any impacts from delay,” Herrick wrote in a short statement. He added that vehicle testing will all proceed as planned, which includes air dropping two vehicles, which may not survive. 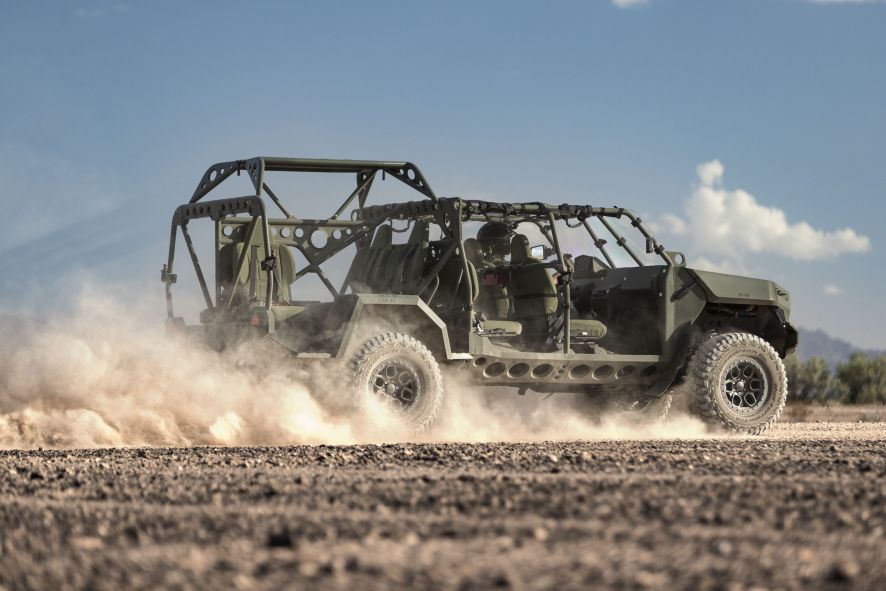 The US Army has received its first delivery of ISVs, with the remaining four due to arrive in November. (GM Defense)

Cumbersome requirements will not be tied in to the US Army’s Optionally Manned Fighting Vehicle (OMF...