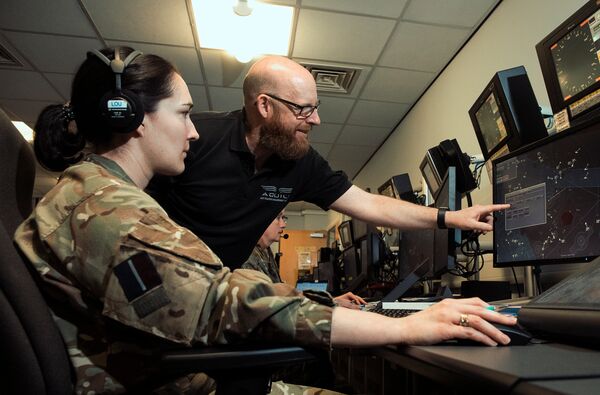 Radar operators have relocated to a specialised hub – TATCC, which will help to monitor critical data. (MoD Crown Copyright 2022)

As part of Project Marshall, radar operators at Royal Air Force (RAF) Waddington have relocated to a new specialist hub at RAF Coningsby, the UK Ministry of Defence (MoD) announced on 12 May.

This is the first of a series of transitions that will involve approach control room radar operatives, from multiple units, moving to a centralised Terminal Air Traffic Control Centre (TATCC), the announcement said.

First unveiled in 2015, STAR NG is a primary radar that can provide reliable surveillance over wind farms; detection of small objects such as remotely piloted aircraft systems (RPAS); and frequency flexibility for customers wishing to redeploy spectrum, or exercise frequency agility for defence purposes.

According to the announcement, the move has been made possible by the installation of new air traffic management equipment, delivered in March 2022 at RAF Coningsby, which enables radar, weather, and other data to be transmitted from RAF Waddington to RAF Coningsby.

As part of Project Marshall, radar operators at Royal Air Force (RAF) Waddington have relocated to a...