Taiwan’s Lungteh Shipbuilding launched on 4 August the first of four fast minelaying ships being built for the Republic of China Navy (RoCN).

The 41 m-long vessel, which bears the designation FMLB-I (Fast Mine Laying Boat-I) on its hull, entered the water in a ceremony held at the company’s facilities in Yilan County. 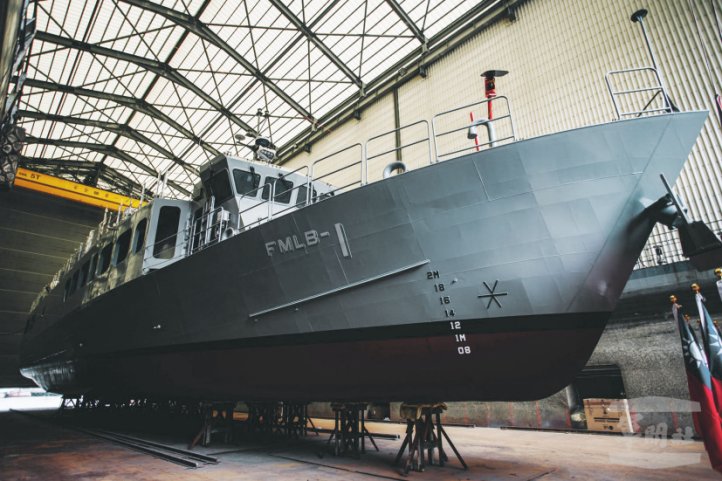 Construction of the second one is progressing, with its keel being laid on 4 August to coincide with the launch of the first vessel. The shipyard began working on the third and fourth ships of the class on 17 April. Construction of the last three vessels is expected to be completed in 2021.

According to computer-generated imagery released by the RoCN, each minelayers will be 41 m long, 8.8 m wide, have a hull draught of 1.7 m, and a full-load displacement of 347 tonnes.