The Pentagon is considering Lockheed Martin F-35 Lightning II Joint Strike Fighter (JSF) engine options due to the propulsion system's difficult sustainment and an expected need for better performance in the future. 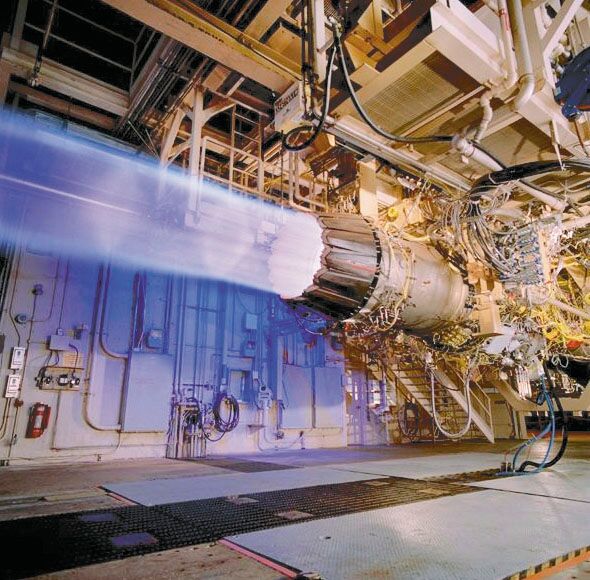 Pratt & Whitney's F135 conventional take-off and landing engine in afterburner on a test stand. The Pentagon is considering F-35 engine alternatives due to the F135's difficult sustainment and an expected need for better propulsion system performance in the future. (Pratt & Whitney)

Lieutenant General Eric Fick, F-35 program executive officer (PEO), told a House panel on 13 July that the Pratt & Whitney F135-PW-100 turbofan's costs and sustainment are challenging. The Pentagon, he said, will start to bear those costs in the sustainment of the air system as the programme approaches the 2,000 hour first scheduled engine removal.

There is need to evaluate the F-35 engine options, he added.

“I will pledge to work with my US Air Force, US Navy, and US Marine Corps services as we work to explore options and alternatives to address the F-35's propulsion system issues moving forward,” he said.

Lt Gen Fick said he toured a GE Aviation facility in Evendale, Ohio, about six weeks ago, and saw the company's work on the US Air Force's (USAF's) Adaptive Engine Transition Program (AETP). Although he said he was impressed, Lt Gen Fick added that there is a lot of work to be done before GE Aviation's AETP system becomes a production engine.