The Pentagon and Lockheed Martin have settled over hundreds of millions of US dollars in labour costs that the armed services incurred in managing non-ready-for-issue (non-RFI), or installation, spare parts for its fleet of F-35 Lightning II Joint Strike Fighters (JSFs).

Lockheed Martin will invest USD70.6 million in the F-35 programme as compensation for its failure to deliver RFI spare parts, House Oversight and Reform Committee chairperson Carolyn Maloney of New York, and House Oversight and Reform National Security Subcommittee chairman Stephen Lynch of Massachusetts said in a 8 March joint statement. The pair said while they believe that Lockheed Martin should have paid a greater share, this is a step in the right direction. Maloney and the Pentagon did not return requests for comment prior to publication. 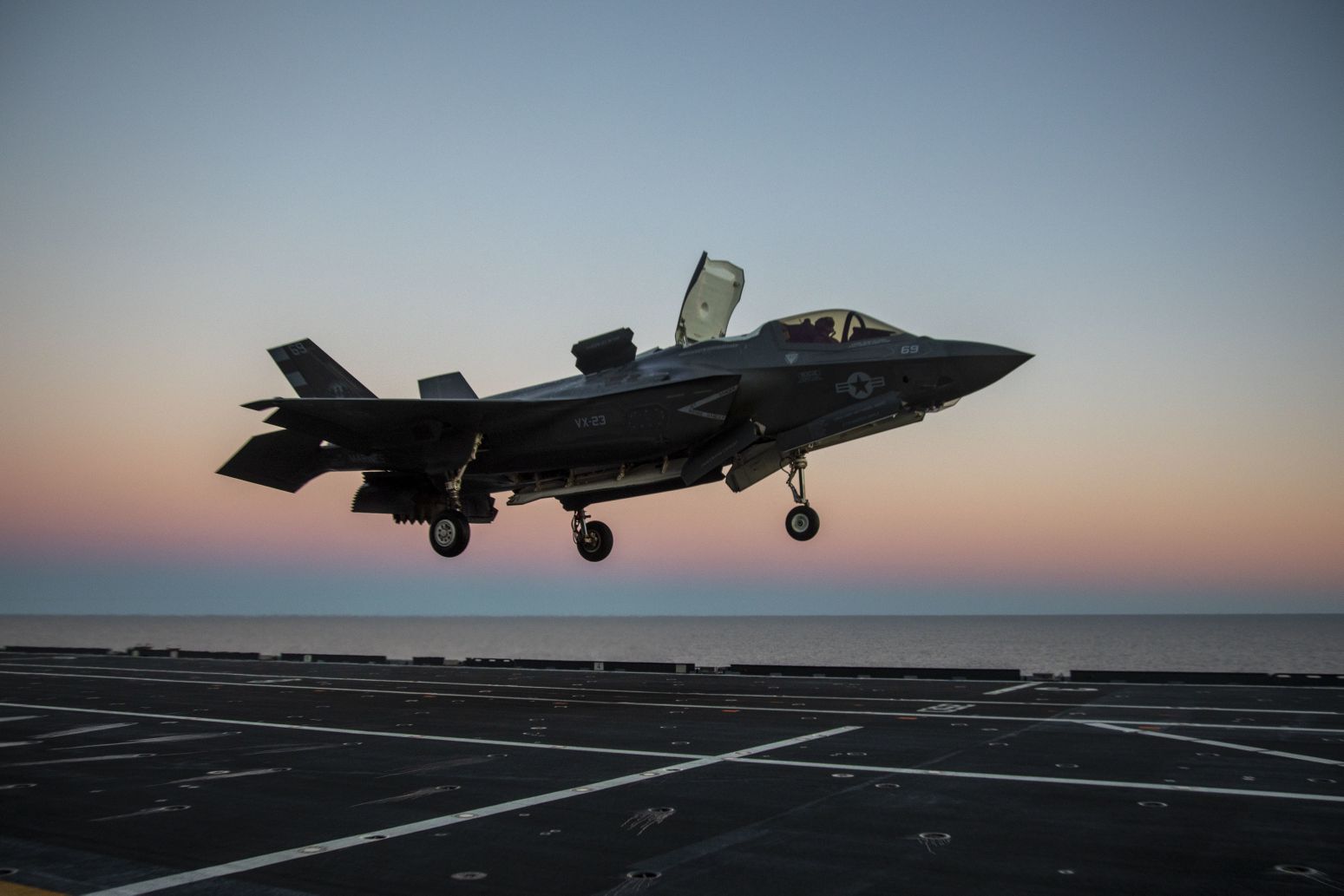 F-35 test pilot Major Brad Leeman performs a vertical landing with an F-35B aboard Italian aircraft carrier ITS Cavour (CVH 550) on 3 March 2021. The Pentagon and Lockheed Martin reached a settlement over costs incurred by the Department of Defense to bring non-ready-for-issue, or installation, spare parts to ready-for-issue condition. (US Navy)

Maloney and Lynch applauded the Pentagon for its efforts to hold Lockheed Martin accountable for failing to meet contract requirements for F-35 spare parts. The company is required to provide RFI spare parts, which means that spare parts are ready to install and have an electronic equipment logbook (EEL) assigned that includes information such as part history and remaining life. Spare parts such as wheel, seat, and window assemblies without an EEL are considered non-RFI.