The Organisation for Joint Armament Co-operation (OCCAR) signed a contract on 9 June with the Franco-Italian Eurosam consortium co-owned by MBDA and Thales for the mid-life refresh (MLR) of UK Royal Navy and Italian Army and Navy Aster missiles. OCCAR signed the contract with Eurosam for the MLR of French Navy and Air and Space Force Asters in January 2020. 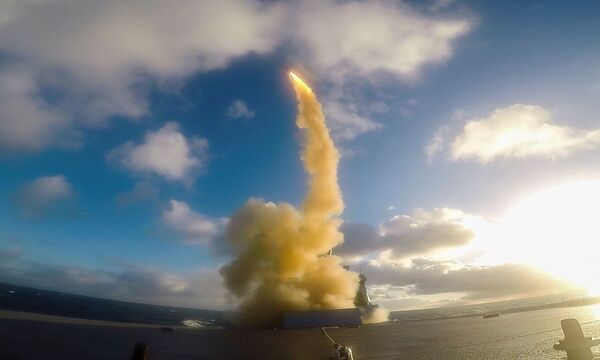 OCCAR said on its website on 5 July that the MLR for the three nations would involve retrofitting 1,000 Aster missiles for 13 years starting in 2023 for a total value of EUR1.2 billion (USD1.4 billion). MBDA told Janes on 15 July that the MLR involves the replacement of the energetic components of Aster (warhead, rocket motors, fuel) as well as any other items that age over time (such as seals, gaskets), plus the recalibration of subsystems that require it (such as the inertial measurement unit).

The refurbishment will be performed at the three countries' respective national maintenance centres: MBDA in Selle-Saint-Denis in central France, the Centro Interforze Munizionamento Avanzato (CIMA) in Aulla close to MBDA La Spezia in Italy, and DMG Gosport near Portsmouth, UK. OCCAR said this would “provide a key national capability in the field of Aster missile maintenance”.

The Organisation for Joint Armament Co-operation (OCCAR) signed a contract on 9 June with the Franco...

The Organisation for Joint Armament Co-operation (OCCAR) signed a contract on 9 June with the Franco...

The Moroccan government has signed an export loan agreement with France’s BNP Paribas for the acquis...
Request Consultation