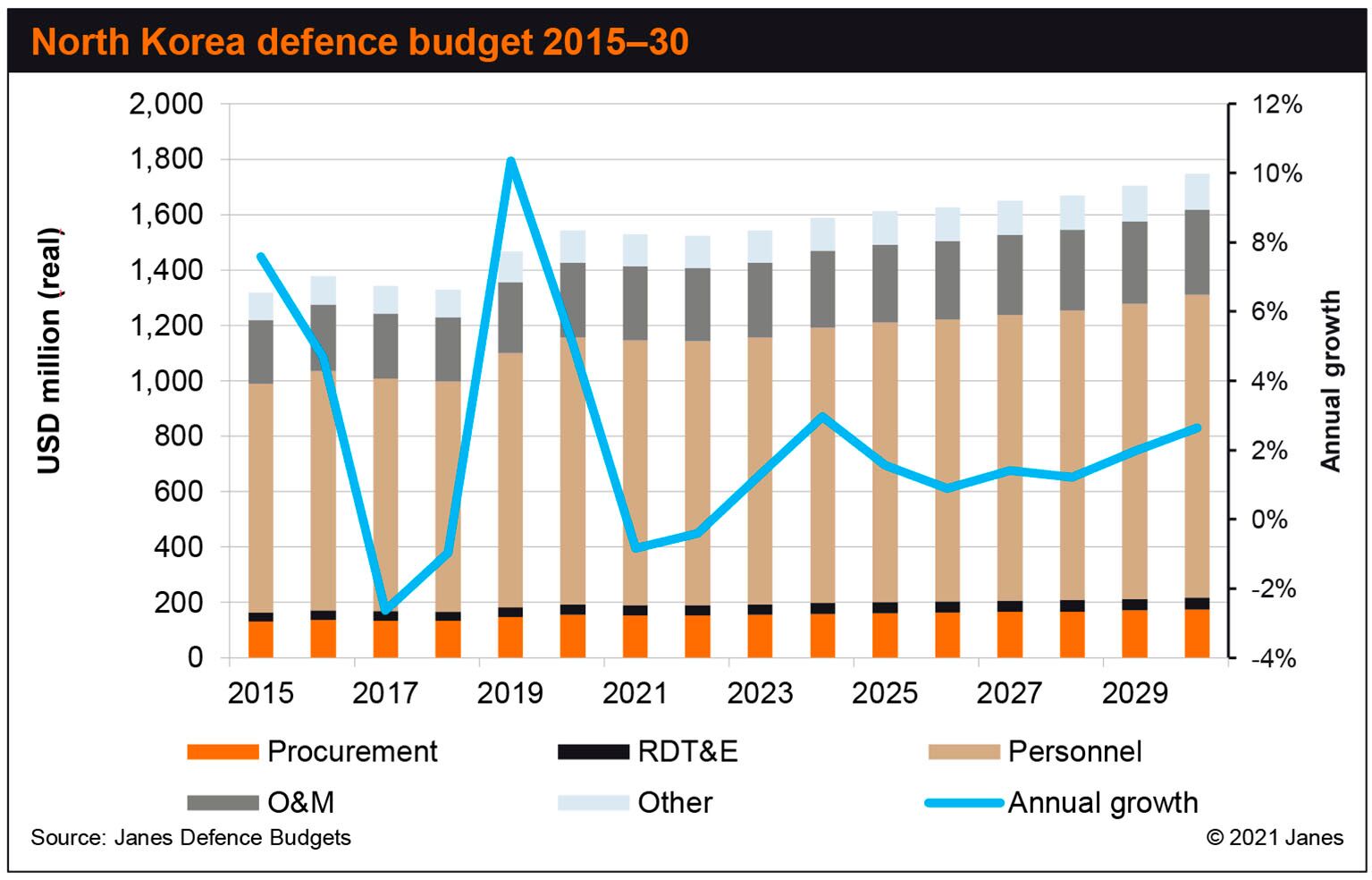 While few details have been released about the plan, Pyongyang's Korean Central News Agency (KCNA) said the hypersonic missile – named Hwasong-8 – is one of the plan's “five top-priority tasks”.

The disclosure came during a period of heightened tensions with South Korea, with both countries announcing and progressing plans to develop several new missile systems.

In addition to the hypersonic missile, North Korea launched in September a newly developed long-range cruise missile, short-range ballistic missiles (SRBM) from a new railway-based platform, and a newly developed anti-air missile. It was following the launch of the first of these systems, on 13 September, that the KCNA made its first reference to the five-year programme.

“The development of the long-range cruise missiles … is of great significance in attaining the main goal of the five-year plan for the development of national defence science and weapon systems,” said the KCNA.

According to the KCNA, the five-year plan was unveiled internally at the 8th Congress of the Workers' Party of Korea (WPK), which was held in January.

Speaking at this event, North Korean leader Kim Jong-un pointed to several other military programmes that are likely part of the plan and are intended, he said, to enable the Korean People's Army (KPA) to “fight a war at the highest level”.

North Korea's launch in late September of a claimed hypersonic missile shone light on the country's ...