Prototype electronic-attack pods built by L3Harris and Northrop Grumman under the Demonstration of Existing Technologies (DET) phase of the US Navy’s (USN’s) Next Generation Jammer Low Band (NGJ-LB) programme have completed final testing ahead of a source selection decision. 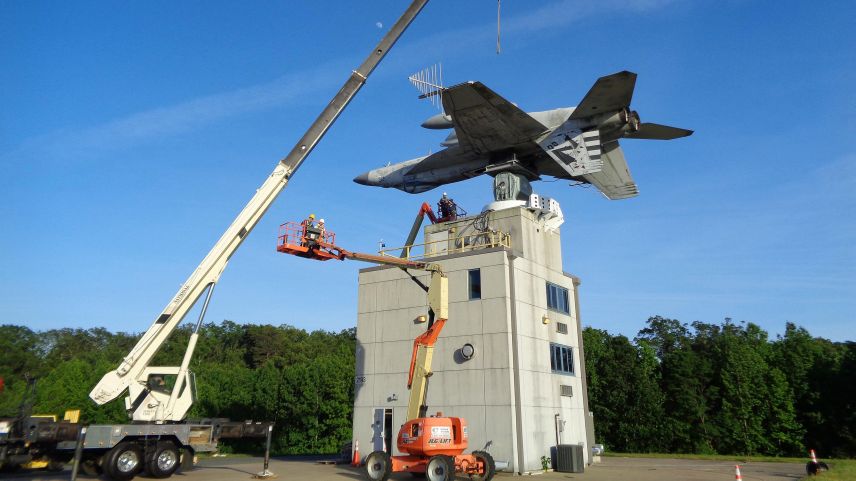 NAVAIR’s NGJ-LB team has undertaken final DET testing on prototype pods from L3Harris and Northrop Grumman at the Facility for Antenna and RCS Measurement. (NAVAIR)

The DET phase is intended to inform the NAVAIR as to existing technologies supporting an airborne wideband low-frequency band jamming application where significant size, weight, power, and cooling constraints (SWaP-C) exist. L3Harris and Northrop Grumman were in October 2018 awarded 20-month DET contracts, valued at about USD35 million apiece, to explore technology options for the NGJ-LB increment programme, culminating in the test and demonstration of prototype systems.

Objectives have included the demonstration of a low-band transmitter group within the SWaP-C constraints and allocations of a pod concept that fits on Station 6 of the EA-18G, and performance assessments in areas such as frequency coverage, Effective Isotropic Radiated Power, spatial coverage, spectral purity, and polarisation. In addition, the DET phase has assessed the potential to rapidly deploy an interim pod solution or early operational capability prior to planned initial operational capability, and explore the use of open architectures to support a potential block upgrade approach.