The Martin UAV V-Bat vertical take-off and landing (VTOL) surveillance unmanned aerial vehicle’s (UAV’s) ability to autonomously turn into the wind in a hover is one reason why a company executive believes the aircraft has found success with maritime military opportunities. 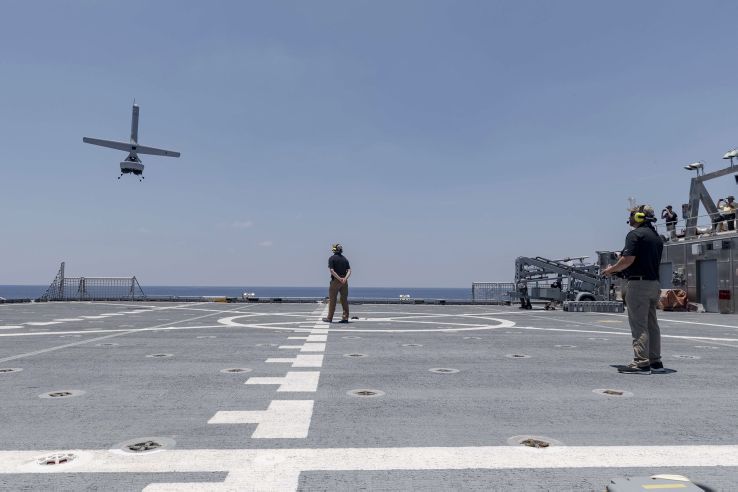 A Martin UAV V-Bat VTOL unmanned aircraft prepares to land on the flight deck of the Military Sealift Command’s Spearhead-class catamaran expeditionary fast transport vessel USNS Spearhead (T-EPF 1) on 24 July 2019. The V-Bat’s ability to autonomously turn into the wind in a hover is one reason why a Martin UAV executive believes the aircraft has found success with maritime military opportunities. (US Navy)

Heath Niemi, Martin UAV chief development officer, told Janes on 18 February that the V-Bat, while launching vertically, will weathervane based on the force of the wind. He said the most volatile and chaotic winds are found on a ship. This is because vortices are created when winds go over a vessel’s gunwhales.