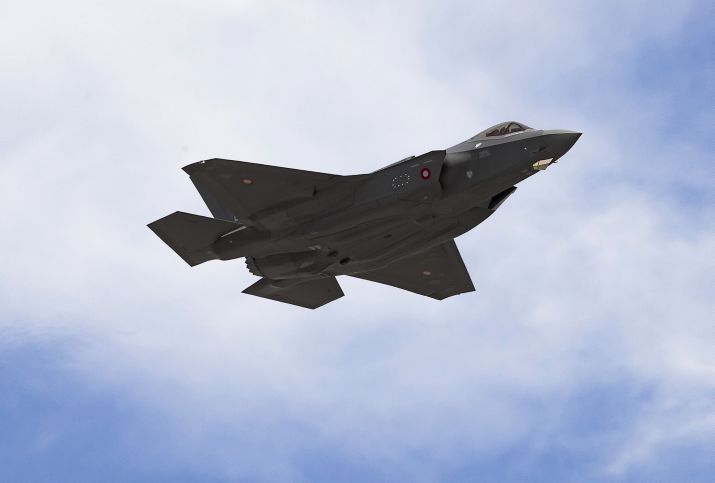 The first F-35 for Denmark made its maiden flight out of Fort Worth, Texas, on 8 March. (Lockheed Martin)

Aircraft L-001 made the first sortie out of Lockheed Martin’s Fort Worth production facility in Texas. The aircraft appeared in Denmark’s chosen national livery, which in common with other international operators of the ‘stealth’ fighter, is based on a low-visibility grey colour scheme. However, in contrast to others, its aircraft are to be adorned with colour (although muted) roundels and the Dannebrog national flag.

News of the milestone came about nine months after Denmark began preparations for receiving the first of the Royal Danish Air Force’s (RDAF’s) 27 contracted F-35As later in 2021, with the country’s parliament approving construction of facilities at Skveststrup Flyvestation in Southern Jutland in June 2020. Flight operations are due to commence there in 2023, as deliveries run through to 2026.

Denmark announced that it had selected the F-35A to replace the Lockheed Martin F-16 Fighting Falcon in May 2016. Denmark had previously stated that it aimed to procure 48 aircraft to replace the F-16 but this number was curtailed due to budget cuts. As noted by Janes World Air Forces , Denmark’s eventual procurement of only 27 F-35As, will give the RDAF a very small fleet that at best will be just sufficient to carry out required air-defence tasks. With the government mandating a review of the programme before the last six of the 27 aircraft are ordered, the RDAF might find itself getting just 21 F-35As depending on the state of the national finances when the review is made.