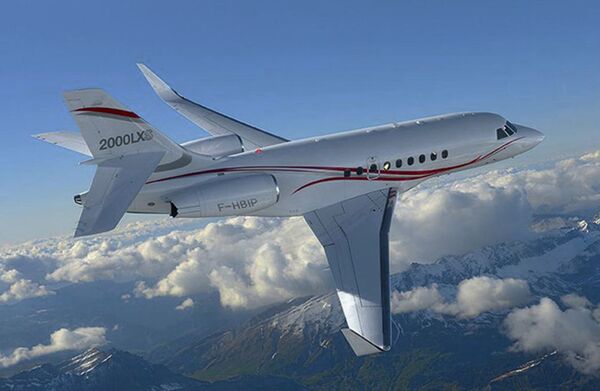 KAI will lead the development of the Baekdu-II ISR aircraft system, which will be based on a Dassault Falcon 2000LXS (shown here), for the RoKAF. (KAI)

Korea Aerospace Industries (KAI) has been selected by the Defense Acquisition Program Administration (DAPA) in Seoul as the preferred bidder for the second development project of a Baekdu intelligence, surveillance, and reconnaissance (ISR) aircraft system for the Republic of Korea Air Force (RoKAF).

The company announced the milestone on 1 November, noting that the new ISR platform will be based on the Dassault Falcon 2000LXS business jet, and that mission systems will be developed in co-operation with local company LIG Nex1.

KAI said that it will be the integrator for the mission avionics, specifically the intelligence-gathering equipment and transmission/reception systems, and lead the development of ground systems as well as the integrated system support elements. It noted that during the ADEX 2021 defence exhibition held in October it had signed a memorandum of understanding (MOU) with Dassault for aircraft support and technical co-operation to speed up preparations for the Baekdu-II project.

KAI's proposal was chosen over the bid made by Korean Air, which had announced on 1 July that it was proposing a solution based on the Dassault Falcon 2000S.

As previously announced by DAPA, the KRW877.5 billion (USD744.9 million) Baekdu-II development project is set to be completed in 2026 and will likely comprise four aircraft to replace four older Hawker 800SIG Peace Pioneer aircraft, the first of which entered RoKAF service in 2001.

The RoKAF already operates two modified Falcon 2000S in a signal intelligence (SIGINT) role. They were procured under the first Baekdu project, which ran from 2011 to 2018.

Korea Aerospace Industries (KAI) has been selected by the Defense Acquisition Program Administration...