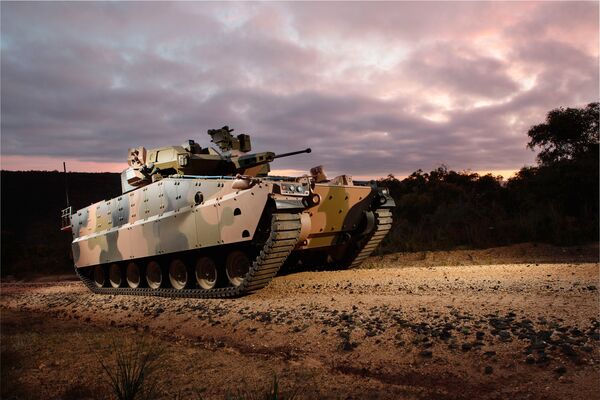 The Hanwha group has confirmed plans to merge its defence businesses including Hanwha Defense, which produces the Redback infantry fighting vehicle (pictured above). (Hanwha Defense)

Hanwha Aerospace has announced a merger of the Hanwha group's defence businesses as part of plans to become ‘a Korean Lockheed Martin'.

In a 29 July press release, Hanwha Aerospace said it will acquire the defence business of the Hanwha Corporation and also absorb its wholly owned affiliate Hanwha Defense. Hanwha Aerospace is also the parent of Hanwha Systems, which makes defence electronics including radars.

The press release said, “This [merger] will create synergies across land, sea, air, and space technologies and expand exports. Through this transaction, Hanwha Aerospace aims to become a ‘top 10' defence manufacturer by 2030,” the press release stated. “We plan to create a ‘Korean Lockheed Martin' by increasing the size of the company and diversifying its products.”

In reference to its size, Hanwha Aerospace pointed to recent consolidated trends in the US defence market including Raytheon's merger in 2020 with United Technologies and Northrop Grumman's acquisition of Orbital ATK in 2018.

Hanwha Aerospace said such deals have highlighted that “the larger the company, the lower the price through mass production, and the [enhanced] ability to develop new products”.

Hanwha Aerospace said the total enterprise value of the merged company, including market capitalisation, will be KRW1.25 trillion (USD960 million).

Hanwha Aerospace has announced a merger of the Hanwha group's defence businesses as part of plans to...