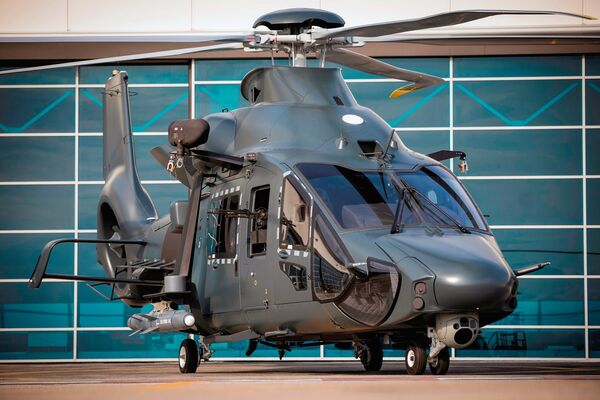 France has contracted Airbus to begin production of the H160M Guépard (Cheetah) helicopter for the country's military, with an award disclosed by the Minister for the Armed Forces Florence Parly, on 22 December.

Airbus Helicopters is to build 169 H160Ms, plus options, for the French Air and Space Force, the French Army Light Aviation, and the French Navy from 2027, Parly announced. It was revealed separately by the European Union that the contract is valued at EUR8.6 billion (USD9.8 billion). The initial work order covers 30 helicopters, comprising 21 for the army, eight for the navy, and one for the air force.

“The Cheetah is a new helicopter. It will replace five different helicopters, some [that have been] in service for over 40 years. A concrete example of the renewal of our equipment,” Parly said. “The Cheetah will be deployed in all three armed services. It's a first. This will improve its availability and reduce maintenance costs.”

Under the French armed forces' Joint Light Helicopter (Hélicoptère Interarmées Léger: HIL) programme, the H160M will replace all helicopter types in the French military except for the NHIndustries NH90, Airbus Helicopters Tiger, and Airbus Helicopters H225M Caracal. The army will be the largest customer with 80, with the navy getting 49, and the air force 40.

France has contracted Airbus to begin production of the H160M Guépard (Cheetah) helicopter for the c...