Update: Europe must defend itself, but not at the expense of NATO

Europe must take greater collective responsibility for its own defence but this should not come at the expense of the trans-Atlantic NATO alliance, senior government and industry representatives said at the Berlin Security Conference (BSC) 2019. 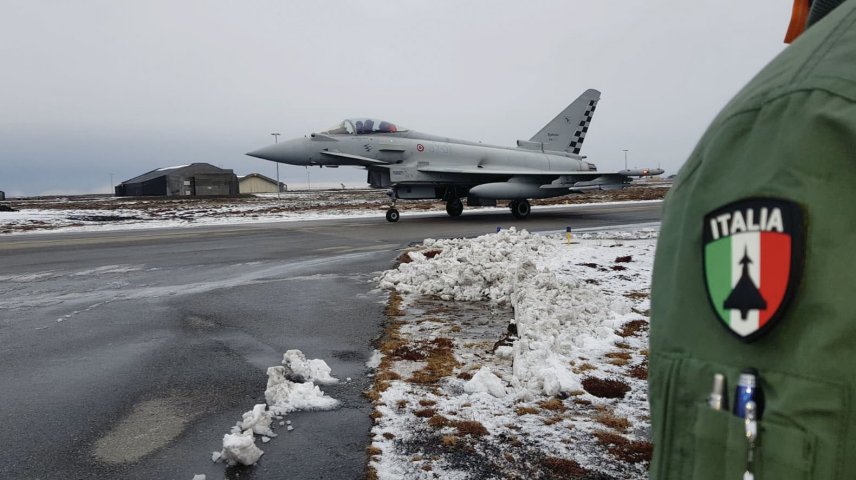 Italian Eurofighters have been deployed on NATO air policing missions. Senior government and industry leaders from Italy and elsewhere made the call at the Berlin Security Conference for Europe to take more responsibility for its own defence while maintaining support for the NATO alliance. (NATO)

Speaking at the annual event in the German capital, current and former leaders of European inter-governmental, governmental, and industry bodies highlighted the need for greater defence co-operation and partnership within the alliance, while stressing that this should be done to strengthen rather than weaken NATO.

“The target has to be to have the European Union as a ‘pillar’ within NATO – an army of Europeans,” Dr Hans-Gert Pottering, the former President of the European Parliament said during the conference opening key-note speech on 26 November, adding, “Those who question NATO are not supporting the serenity of Europe, but are challenging it.”

This call for greater collective European strength in the field of defence was echoed by the Italian defence minister, Lorenzo Guerini, who as the leading government representative of the BSC 2019 official partner nation, noted, “There must be greater scope for the European Union tomilitarily take on new challenges. Europe and the West should be more present, collectively challenging the new dangers of terrorism, instability caused by climate change, refugees, cyber warfare, etc – we have to keep up with these threats!

Europe must take greater collective responsibility for its own defence but this should not come at t...