Thailand’s Defence Technology Institute (DTI) – a military research, development and industrial agency under the Thai Ministry of Defence (MoD) – unveiled a prototype of a new command version of the BTR-3 8×8 armoured fighting vehicle (AFV) at the opening day of the Defense and Security (D&S) 2019 show in Bangkok on 18 November.

The vehicle is designated BTR-3CS – also known as ACPC-01 (Armoured Command Post Carrier) – and was built through a collaborative programme funded by the DTI and incorporating Ukrainian state-owned defence industrial group UkrOboronProm and local firm Datagate, which assembled the prototype at its facilities in Chachoengsao, south-central Thailand. 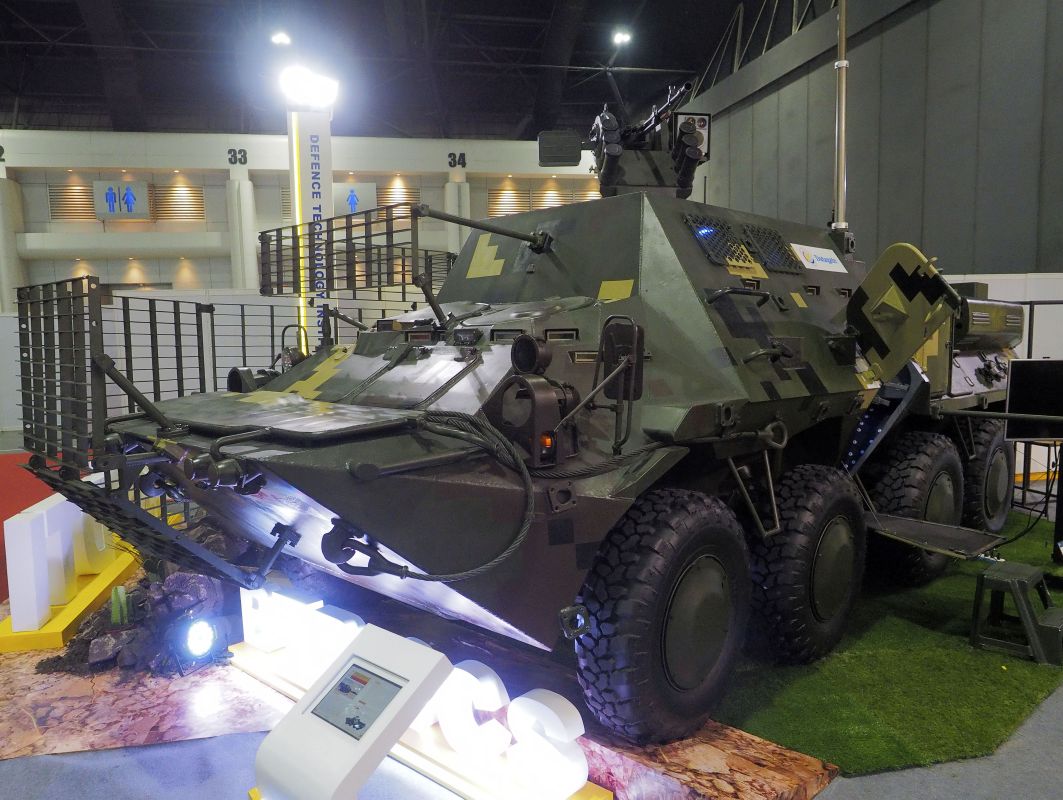 Thailand’s Defence Technology Institute (DTI) has unveiled at the Defense and Security 2019 show in Bangkok the BTR-3CS (pictured), a command version of the BTR-3 armoured fighting vehicle. (IHS Markit/Kelvin Wong)

Thales is also involved in the programme, integrating into the vehicle what it has described as a “C5I (computerised, command, control, communications, and combat information) solution”. Thales integrated the system in collaboration with Datagate.

DTI officials told Jane’s that the BTR-3CS will start trials with the Royal Thai Army (RTA) soon before an anticipated programme to start building the vehicle in Thailand. Officials said the RTA has a total requirement for more than 60 vehicles across several existing BTR-3E1 battalions, although an initial batch is expected to feature four units. The DTI will also pursue exports of the vehicle in regional markets.

“The aim is to start supplying these vehicles for the RTA and once those requirements are satisfied, we will try to win export contracts,” said Col Chatchapong Punpayak, business development director at DTI.

Raytheon Intelligence and Space has disclosed that it has received an additional USD123 million to ‘...
Request Consultation