Drone Delivery Canada (DDC) seeks a partner that would license and operate its unmanned aerial vehicle (UAV) logistics solution model for beyond visual line of sight (BVLOS) operations in the United States. Michael Zahra, company president and CEO, told Janes on 17 November that the company sought an airline or a logistics agency as its ideal partner. Zahra said that DDC has been working with the US Federal Aviation Administration (FAA) to operate under Part 135, which he said was required for more complex, BVLOS operations.

DDC operates as a turnkey managed delivery service. Its aircraft can carry a wide variety of cargo, including specialised camera systems or sensors for applications including military, mining, and oil and gas. Zahra said that DDC addressed a variety of vertical markets, such as indigenous communities, healthcare, and shore-to-ship. 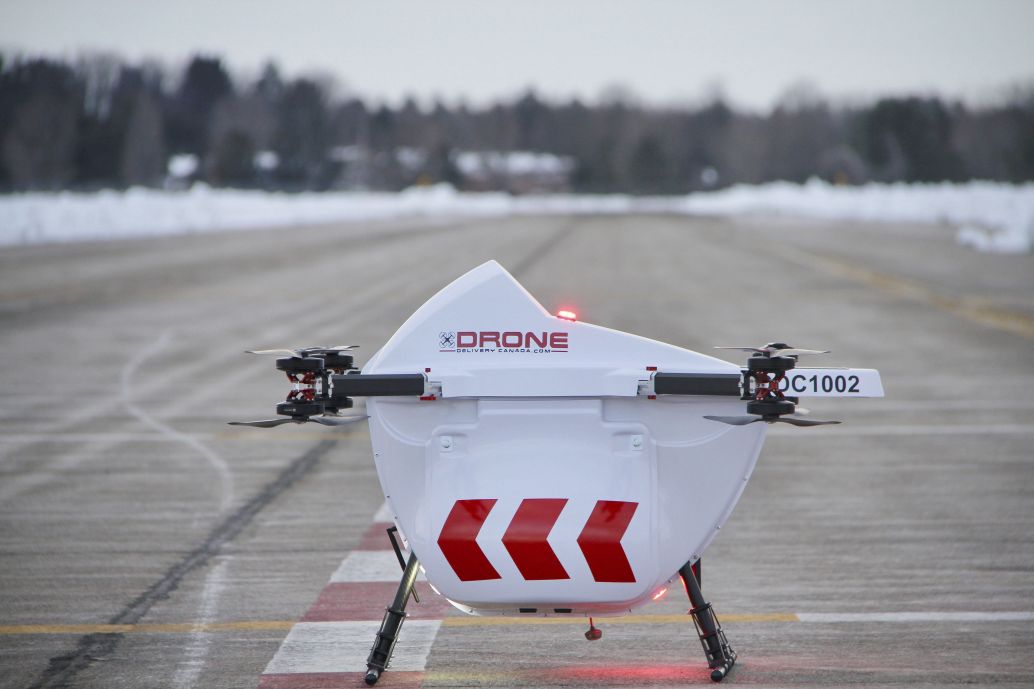 DDC’s Sparrow UAV. The aircraft has a range of 30 km and a payload capacity of 4.5 kg. (Drone Delivery Canada)

DDC is testing two new aircraft that will add better range and payload capacity to its fleet. The Robin XL is an electric eight-rotor aircraft with a fixed wing and pusher propeller. The platform will have a range of 60 km and a maximum payload of 11.3 kg.

The Condor is a 2-stroke gasoline-powered rotary wing UAV that will have a range of 200 km and a maximum payload capacity of 180 kg. Zahra expects the Robin XL and the Condor to be commercially available in the first quarter of 2021.

DDC, until now, has operated only its Sparrow 30 km range, 4.5 kg payload capacity aircraft. The Sparrow carries its payload internally, which Zahra said made it a good solution for high-value, high-risk cargo.

Drone Delivery Canada (DDC) seeks a partner that would license and operate its unmanned aerial vehic...