Key members of the US Congress and Senate called on 19 June for a further investigation into the response of the US Navy (USN) to the late-March Covid-19 outbreak aboard the aircraft carrier USS Theodore Roosevelt (CVN 71). The move followed the release earlier that day of a USN report into those events.

The USN report lays most of the blame for the outbreak response issues at the feet of the ship’s former commanding officer, Captain Brett Crozier, who was relieved of his command at the time. Admiral Michael Gilday, the chief of naval operations (CNO), supported the report’s recommendation that Capt Crozier not be reinstated to his former carrier command position and that he should also be denied any future ship or at-shore commands.

Those decisions counter the CNO’s earlier recommendation – made in April following the initial investigation into the firing of Capt Crozier – that the commanding officer should be reinstated. 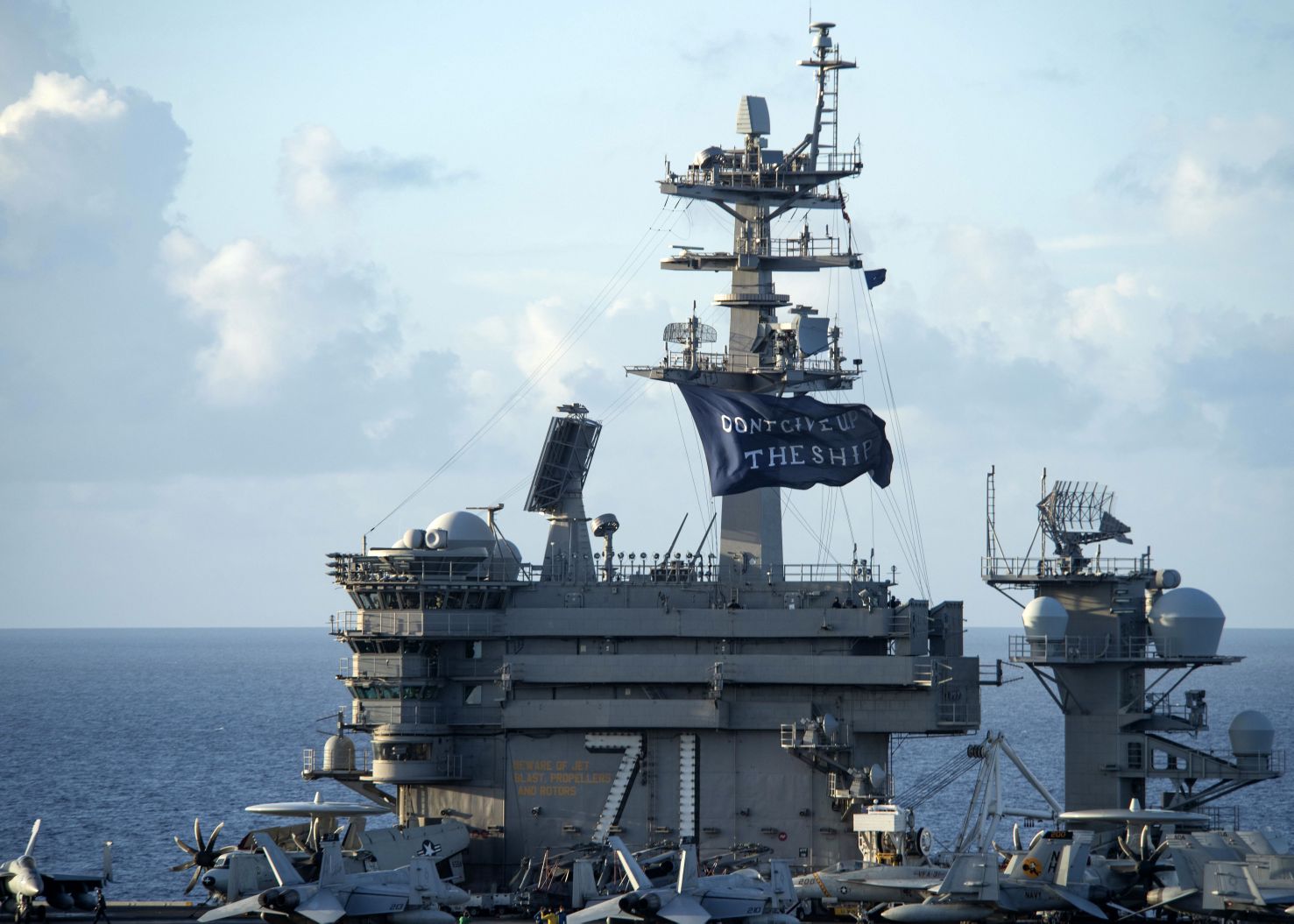 The aircraft carrier USS Theodore Roosevelt (CVN 71) flies a ‘Don’t give up the ship’ flag as it gets underway following a Covid-19 outbreak. (US Navy)

Adm Gilday told reporters during the 19 June Pentagon press conference on the release of the new report that he had changed his recommendation due to new information discovered during the later and more detailed investigation into the outbreak events.

Specifically, the CNO said the first recommendation that Capt Crozier be reinstated was focused mostly on the circumstances surrounding an email the then carrier commanding officer had sent to USN officials on an unclassified network – calling for faster handling of his crew’s plight – that wound up in the public media.

Key members of the US Congress and Senate called on 19 June for a further investigation into the res...

The US Navy (USN) had plans and drills in place meant to halt or hamper the spread of disease before...

Thanks to increased Covid-19 testing capacity, the US Navy (USN) has developed a surveillance-testin...