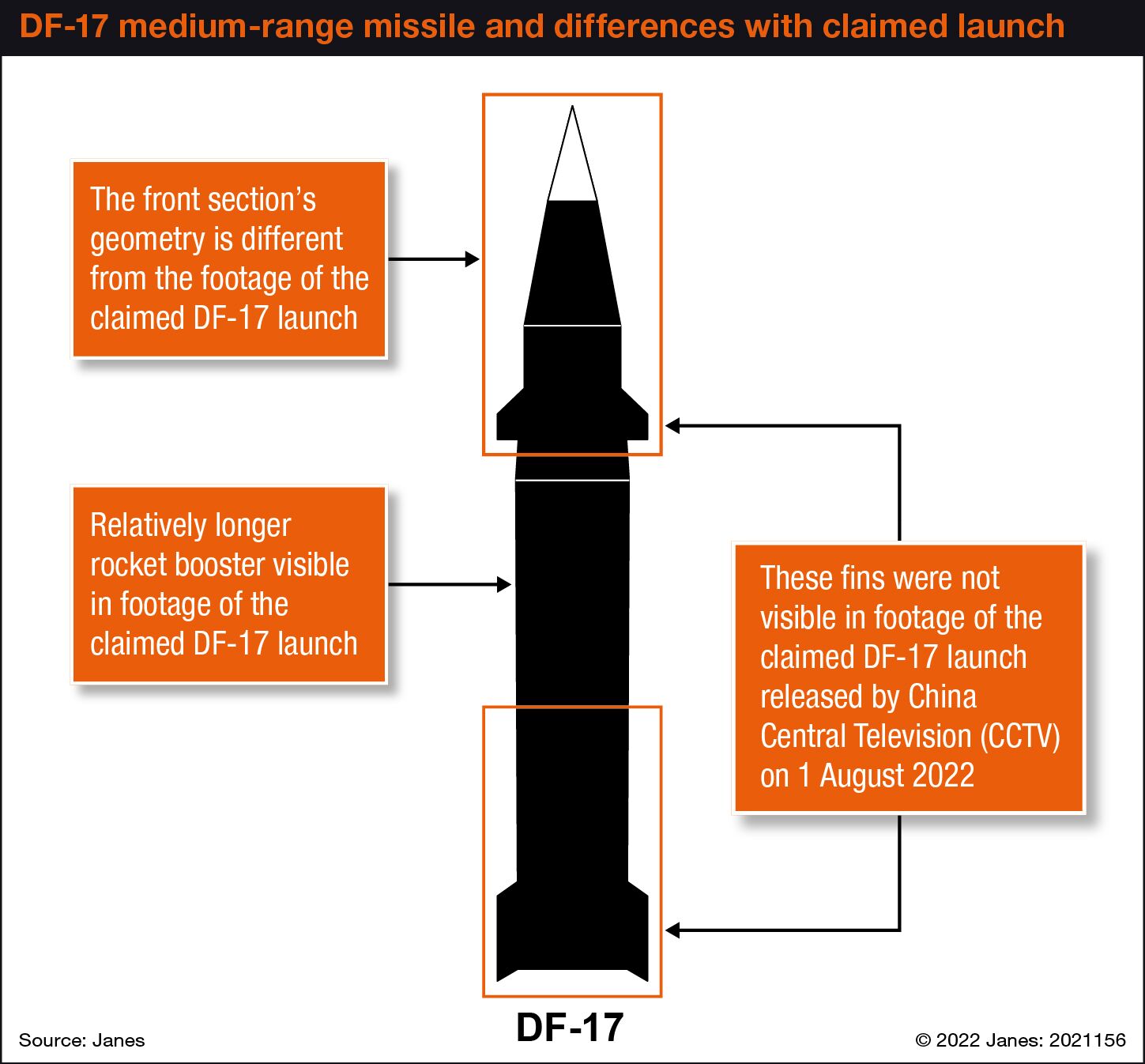 China state broadcaster CCTV has released a video that includes launch footage of what it claims to be the DF-17 medium-range ballistic missile (MRBM).

The video was released on 1 August in conjunction with the People's Liberation Army's (PLA's) ninety-fifth founding anniversary. It is the first known footage of the DF-17 released by the Chinese government.

An infographic of the DF-17 missile system tipped with the DF-ZF hypersonic glide vehicle (HGV) was also released on the same day by state-owned English newspaper Global Times.

“The DF-17 debuted on 1 October 2019. It is China's first operational hypersonic medium-range missile,” said the Global Times infographic, which captures the various milestones achieved by its missile programme from the DF-3 in the 1960s to the DF-41, which was also revealed in 2019.

The DF-17 is a road-mobile MRBM that is believed to be deployed with the People's Liberation Army Rocket Force (PLARF) since 2020. The number of DF-17s that were shown in an October 2019 parade suggests that the weapon is operational.

The 2020 Bulletin of the Atomic Scientists report on Chinese nuclear forces estimates the maximum range of the DF-17 to be more than 1,800 km. The report also indicated assertions from the US Strategic Command that the DF-17 is capable of carrying both conventional and nuclear payloads.

The footage of the DF-17's launch was released just days ahead of a highly charged visit by US House of Representatives Speaker Nancy Pelosi to the Asia-Pacific region. Pelosi is making stops in Japan, Malaysia, Singapore, South Korea, and Taiwan during the visit from 1 August onwards.

China state broadcaster CCTV has released a video that includes launch footage of what it claims to ...