Colonel Claudio Alcázar Sichel, FACh public information office director, told Janes on 22 October that the Black Hawk was mostly used for short distance flights of 300-400 km from the capital Santiago to cities including Talca, Linares, Chillan, and Ovalle. These were to transport Covid-19 patients to hospitals throughout Chile when hospitals in the capital reached capacity. 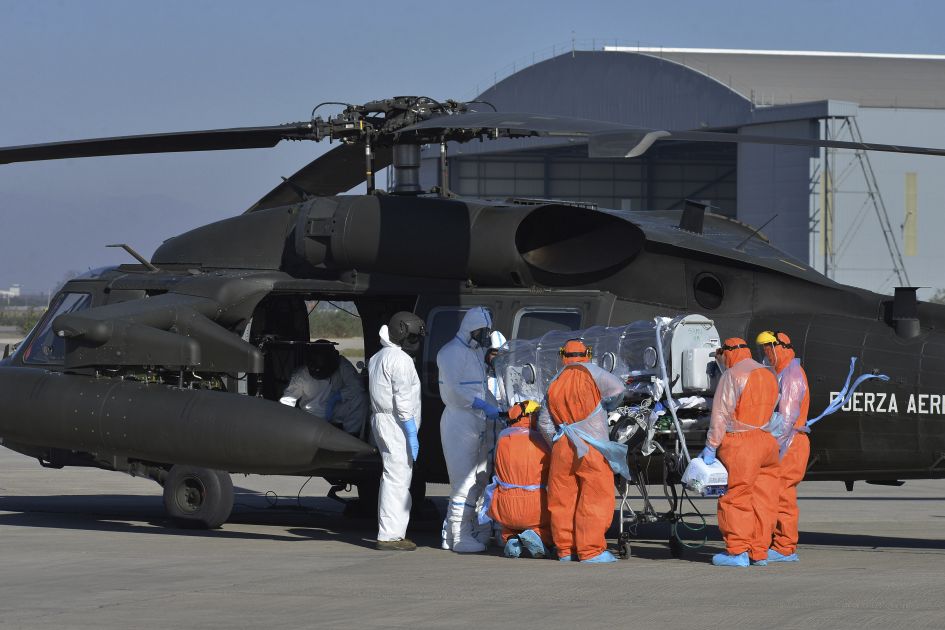 Chile has been hit hard by Covid-19. It ranks sixth worldwide at about 75 deaths per 100,000 people, behind Brazil and ahead of Ecuador, according to Johns Hopkins University.

Col Alcázar Sichel said this was the first time that the FACh used its Black Hawks for infectious disease missions. As the aircraft did not require any modifications, the FACh instead put patients in a special isolated capsule with medical respirator units. The Black Hawks, for Covid-19 missions, transported one patient at a time while carrying nine people: two pilots, two crew members, one parajumper, a combat care medic, a FACh medic, one anesthesian, and one paramedic.

Adam Schierholz, Sikorsky regional executive for Latin America, told Janes on 28 October that the FACh has shown how humanitarian missions can be achieved over long distances and in severe environments with the Black Hawk helicopter to assist the people of Chile in times of crisis. He congratulated the FACh for its operational success during these no-fail missions.