Bangladesh is to receive five UK-surplus Lockheed Martin C-130J Hercules transport aircraft by the end of 2019, the UK Ministry of Defence (MoD) told Jane’s on 24 July. 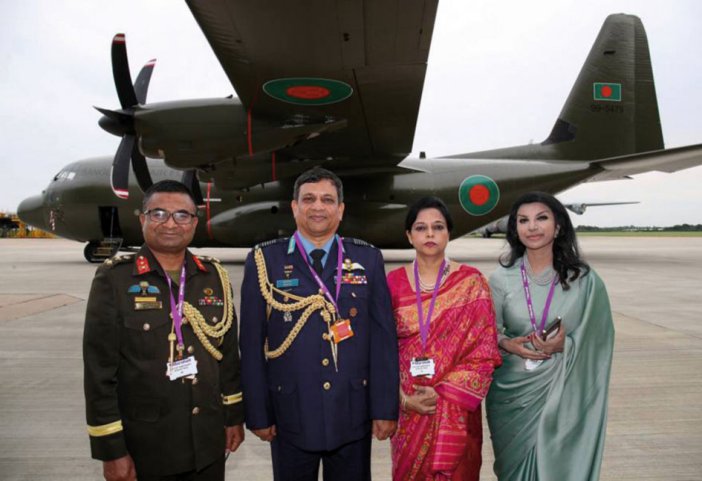 The first of five ex-Royal Air Force C-130J airlifters for Bangladesh was rolled out on 25 July ahead of delivery with the remainder of the fleet before the end of the year. (Marshall Aerospace and Defence Group)

The ‘short-bodied’ C-130Js (designated C5 in Royal Air Force [RAF] service) were ordered in two batches of two and three aircraft in 2018 and earlier in 2019, respectively. The deals were initially revealed via maintenance contracts announced by Marshall Aerospace and Defence Group (ADG), although it was the MoD that confirmed to Jane’s the total number.

The first of the five aircraft was rolled out by Marshall ADG during an official ceremony attended by the Chief of Air Staff of the Bangladesh Air Force, Air Chief Marshal Masihuzzaman Serniabat, and the Bangladesh High Commissioner to London, Her Excellency Saida Muna Tasneem, in mid-July.

As Marshall ADG noted, the company is carrying out comprehensive depth maintenance and important modifications on all the aircraft including capability enhancements such as medical evacuation, avionic upgrades, and the provision of a passenger transport configuration.

The Bangladesh Air Force has previously noted that the acquisition of C-130J aircraft from the RAF provides a key enhancement to its current airlift capability. As well as performing in-country support of the aircraft, Marshall ADG will also be modifying the aircraft, including designing, developing, and installing medical evacuation (MEDEVAC) capability to enable the Bangladesh Air Force to carry out tasks within the country and overseas in support of UN missions.