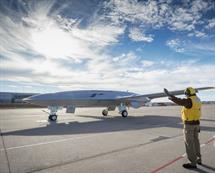 A report that a Saudi-led coalition has made unauthorised transfers of US-made equipment to Yemeni forces has provided ammunition for US lawmakers who oppose their country’s military support for Riyadh.

CNN reported on 4 February that Saudi Arabia and the UAE “have used the US-manufactured weapons as a form of currency to buy the loyalties of militias or tribes, bolster chosen armed actors, and influence the complex political landscape [in Yemen].”

It identified one of the militias as the Abu al-Abbas Brigade, which is led by a man who was designated as a terrorist by the US Treasury in October 2017 for alleged links to Al-Qaeda in the Arabian Peninsula (AQAP). 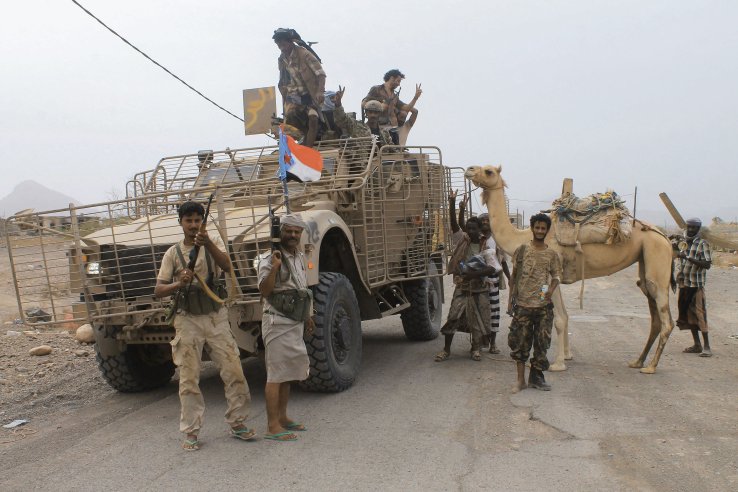 UAE-backed Yemeni forces are seen at Al-Anad Air Base in southern Yemen on 4 August 2015, soon after it was captured from Houthi rebels. The flag on the Oshkosh M-ATV is that of the defunct People’s Democratic Republic of Yemen, indicating the fighters are southern separatists who are not loyal to the internationally recognised government. (AFP Photo/Saleh al-Obeidi)

During a Senate Armed Services Committee hearing that same day, General Joseph Votel, commander of the US Central Command (CENTCOM), confirmed that the US had not authorised Saudi Arabia or the UAE to transfer US-made equipment to Yemeni forces. “I think we have to look closely at the allegations in this particular situation to find out what happened,” he said.

The four-star general explained that end-user monitoring and enforcement mechanisms including tracking inventories are in place, with the Department of Defense (DoD) responsible for monitoring equipment transferred under government-to-government agreements and the US State Department for commercial defence sales.