The 64th session of the Commission on Narcotic Drugs (CND), the central policy-making body for the UN drug control system, took place on 12–19 April 2021. The session was conducted as a hybrid meeting with both online and in-person attendees in response to the Covid-19 pandemic. Although commemoration of the 60th and 50th anniversaries of the Single Convention on Narcotic Drugs and the Convention on Psychotropic Substances respectively generated more than the usual levels of support for the UN drug control treaties, increasingly divergent views on a range of issues were presented. 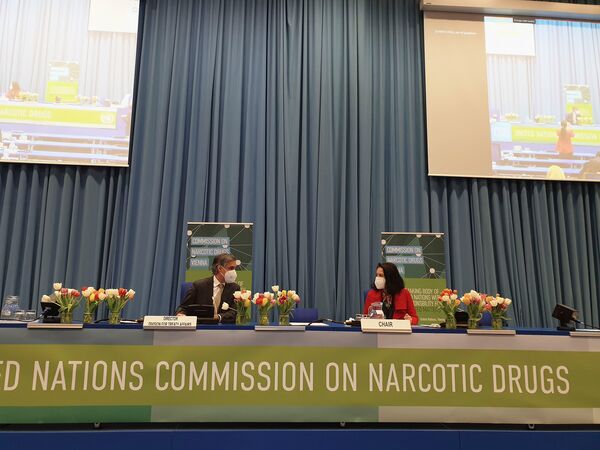 Health and human rights were prominent features of statements and discussions within the Plenary and the Committee of the Whole (CoW), the latter being where CND resolutions are negotiated. However, member states' public rhetoric reflected differing perspectives and domestic realities. For example, many states, including EU members, highlighted the importance of human rights and in some instances spoke out against the death penalty for drug offences and extrajudicial action within drug markets.

The 64th session of the Commission on Narcotic Drugs (CND), the central policy-making body for the U...