France’s ECA Group has conducted sea trials of its new UMISAS interferometric synthetic aperture sonar (SAS) in preparation for its integration into autonomous underwater vehicles (AUVs) and towed bodies to be used in the Belgium/Netherlands (BE/NL) mine countermeasures (MCM) replacement programme.

ECA began development of the proprietary UMISAS sensor in 2014 after the company concluded that SAS solutions offered by third-party providers could not meet the company’s specific performance requirements. In particular, the company felt that the size, weight, and power (SWaP) demands of off-the-shelf SAS payloads were incompatible with the ECA’s desire to integrate a SAS into its medium-size A18-M MCM AUV. 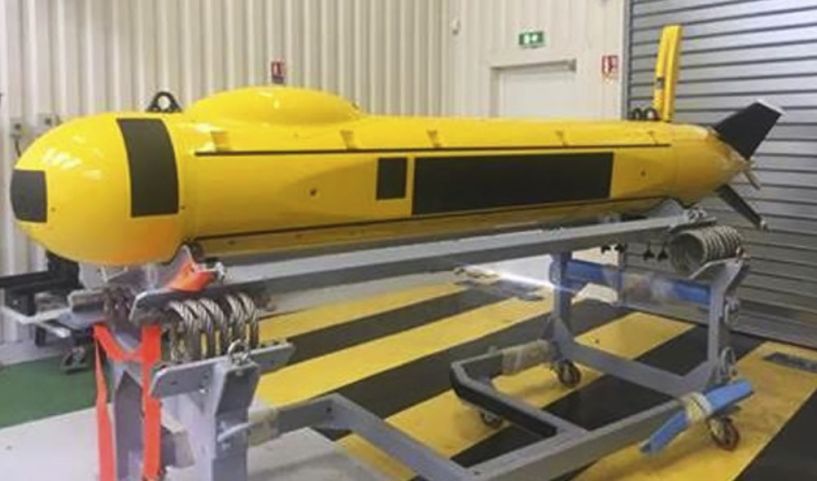 A18-M AUV fitted with UMISAS 120 system. The transmitter and receiver arrays are visible on port side. (ECA Group)

The company also found it impossible to precisely synchronise the SAS payload and the inertial navigation system embodied in the AUV in order to fully exploit the benefits of a novel and patented technique, which it had developed for both SAS imagery and AUV navigation.

The UMISAS is an interferometric SAS system developed by ECA for MCM applications in parallel with the A18-M AUV. The system, which integrates multiple returns to form a higher resolution image, is designed to achieve a spatial resolution of approximately 3 × 3 cm to enable the classification of small and irregularly shaped objects on the seabed. According to ECA, the system offers a four-fold increase in coverage rate compared to conventional side scan sonars and between five and 10 times greater resolution.