Ukrainian forces poised to be first to operate the L3Harris VAMPIRE 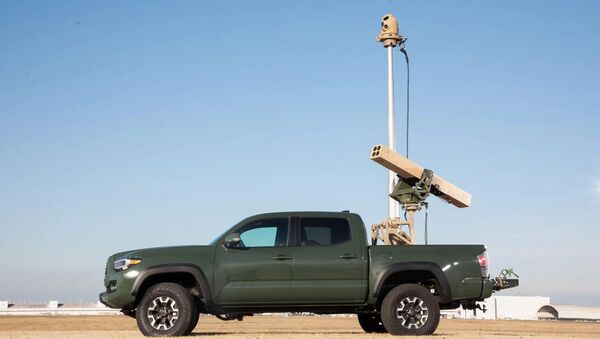 The Pentagon recently announced it would acquire the VAMPIRE system from L3Harris to send to Ukraine. (L3Harris Technologies)

L3Harris Technologies has not yet received a contract from the US government to produce and deliver its new Vehicle-Agnostic Modular Palletized ISR Rocket Equipment (VAMPIRE) to Ukraine, but the company told Janes it should be able to have the never-before fielded kit ready by May 2023.

When the Biden administration announced a new, USD2.98 billion weapons package bound for Kyiv on 24 August it included an unspecified number of VAMPIRE systems to shoot down drones. At the time, Under Secretary of Defense for Policy Colin Kahl did not disclose which company was producing the weapon but said it is a kinetic system that uses “small missiles” to shoot down aerial drones.

L3Harris confirmed it is producing this truck-mounted kit, which includes a four-pod launcher for laser-guided munitions such as the AGR-20 Advanced Precision Kill Weapon System (APKWS) missile.

Paul Swiergosz, a company spokesperson, told Janes that L3Harris began developing this system before Russia invaded Ukraine in late February but it has not yet been fielded. Additionally, the company does not view this as a traditional counter-unmanned aerial system (C-UAS) but as one suitable for a variety of ground-to-ground and ground-to-air operations.

“We saw a need for a disruptive and agile capability for light fighters on the battlefield to be able to extend their capabilities beyond small arms weapons [and provide them with] longer-range ground-to-ground and ground-to-air targeting,” he added.

Then when the Pentagon announced earlier this year that it was seeking industry ideas for equipment to send to Ukraine, the company proposed VAMPIRE.

L3Harris Technologies has not yet received a contract from the US government to produce and deliver ...