The Ukrainian Ministry of Defence (MoD) has started trials of the 2S22 Bogdana, a wheeled self-propelled howitzer (SPH) armed with a 155 mm ordnance. The first trials were conducted with wooden blocks, as opposed to a munition, which is designed to test whether the barrel can handle the necessary pressures.

The first trials are expected to be completed by mid-2020, at which point there will be state-run tests. Adoption within the Ukrainian Army is not expected until 2021–22, according to Ukrinform, Ukraine’s national news agency. 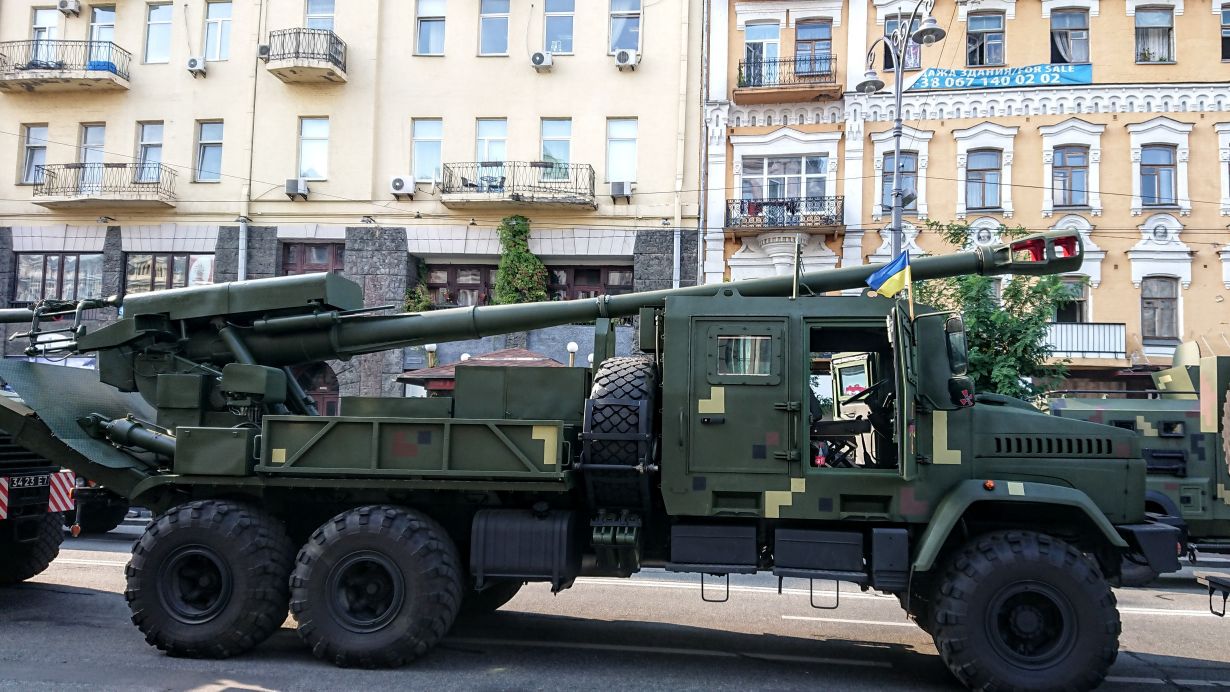 A prototype of the 155 mm 2S22 Bogdana is shown during an Independence Day parade. The system is slated to undergo trials until mid-2020 and could be in service one or two years later. (Mikhail Zhirokhov)

Development was initiated following the combat experienced by Ukrainian units facing separatists and Russian forces in 2015. The first prototype was presented in 2018 during the August Independence Day Parade.

Testing was delayed by a lack of ammunition, but in October 2019 state-owned company Spetstechnoexport imported a batch of 155 mm artillery shells from Turkish company Makina Ve Kimya Endustrisi Kurumu (MKEK). This purchase enabled the initial trials of the Bogdana to start in December 2019.

Subsequently, it became known that the new project was financed under the State Defense Order. The prime contractor is the Kramatorsk Heavy Duty Machine Tool Building Plant (KZTS), which is responsible for the 155 mm ordnance, although 10 other Ukrainian companies are involved. KZTS has only recently become involved in defence manufacturing.

Belarus is modernising its 9A33BM2 and 9A33BM3 vehicles, from the 9K33 Osa (SA-8 Gecko) air-defence ...
Request Consultation
Thank you for your inquiry, a Janes representative will be in contact with you shortly.