Based on lessons learned from fighting in the Donbass region, the Ukrainian Ministry of Defence (MoD) is seeking new thermobaric rockets and has introduced new grenades.

Domestic development of thermobaric rockets had been initiated in 2016, with UkrOboronProm (UOP) announcing in 2018 that the State Research Institute of Chemical Products had begun serial production of the RPV-16, a 93 mm shoulder-fired thermobaric rocket.

In October 2019 UOP stated that it had supplied 400 RPV-16s to the Ukrainian armed forces, and the system is reportedly in demand because the extant method of defeating positions in the Donbass is to use Soviet-era anti-tank guided missiles that are typically less accurate as a result of long storage times, according to fighters from the area.

The RPV-16 is a pre-loaded launch tube with a dioptre sight and a safety mechanism that is removed before firing. Pressing the trigger generates an electrical impulse, which ignites the rocket engine and propels it forwards. UOP said it has a range of around 1 km.

The rocket motor itself is powder-fuelled and detaches from the 4 kg warhead in flight. Upon impact the thermobaric matter creates a cloud with a diameter of between 7 and 8 m, which leads to an explosion with a total area of 120 m 3 , the manufacturer said. The peak temperature is 2,500° C. 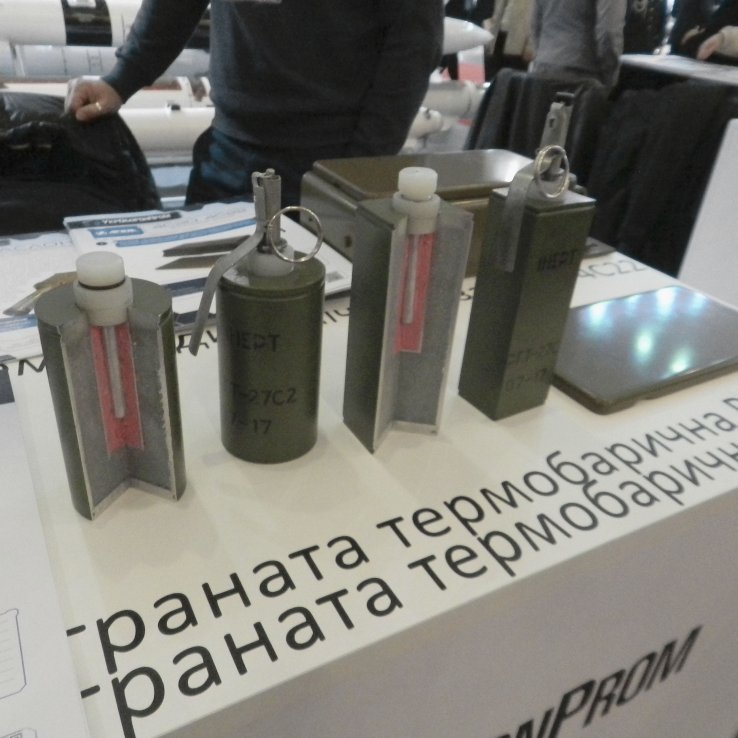