Ukraine conflict: US to provide Gray Eagle UAVs to Kyiv 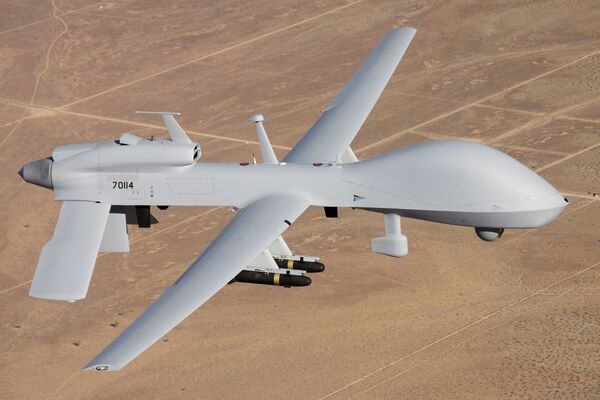 If approved by the US Congress, a plan to transfer Hellfire-armed Gray Eagle unmanned aircraft to Ukraine would substantially enhance Kyiv's combat capabilities. (GA-ASI)

The report came about two months after Forbes first said in early April that GA-ASI was to supply “heavy attack drones” to Kyiv to assist in Ukraine's ongoing combat operations against Russian forces in the country. GA-ASI did not respond to a Janes request for confirmation and comment on the proposed transfer.

According to Reuters, the latest plan to supply the Gray Eagles is yet to be approved by the US Congress.

The Gray Eagle is an upgraded US Army variant of the RQ-1 Predator, which was also later developed into the larger and more capable MQ-9 Reaper. As noted by Janes All the World'sAircraft: Unmanned , the Gray Eagle is equipped with a Raytheon AN/DAS-2 electro-optic/infrared (EO/IR) turret, a GA-ASI AN/DPY-1 Lynx II synthetic aperture radar (SAR), and a ground moving target indication (GMTI) sensor. While the AN/DAS-2 EO/IR sensor ball provides both long-range magnified and wide-area visual surveillance, the AN/DPY-1 SAR/GMTI sensor offers a long-range, wide-area radar surveillance capability, as well as a broad-area GMTI scanning capability for detecting moving vehicles and building up ‘pattern of life' intelligence.