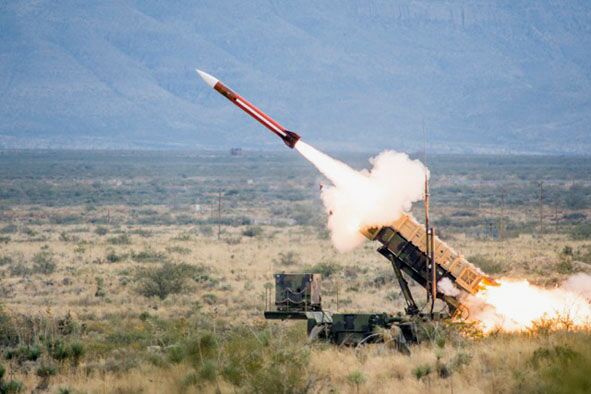 Russia's invasion of Ukraine has created a new geostrategic situation for Poland, which shares a border with Ukraine, Belarus, and Russia. The attack has deteriorated the regional security environment and will have direct consequences for the modernisation of the Polish Armed Forces (PAF).

The ambitious Technical Modernisation Plan (TMP) 2021–35, which was announced in 2019 and covers about 2,000 modernisation programmes, needs to be updated to reflect the new reality. The first lessons from the conflict in Ukraine show that air and missile defence, anti-tank, and rocket artillery capabilities are crucial. The TMP covers these requirements, but its implementation is far from satisfactory. So far, the PAF has procured two out of eight planned IBCS/Patriot mid-range air-and-missile defence batteries within the ‘Wisla' programme, and only one out of three HIMARS rocket artillery squadrons systems (with just 20 fire units) under the ‘Homar' programme.

The situation with modern short-range air defence (SHORAD) systems is even more dire. The ‘Narew' programme is already delayed by six years. Although the Ministry of National Defence (MND) has signed the framework contract with the Polska Grupa Zbrojeniowa (PGZ) consortium for 23 SHORAD batteries, the selection of the Common Anti-air Modular Missile (CAMM) interceptor for the programme is pending approval by the MND. Furthermore, the delivery of the first SHORAD battery is expected no sooner than 2025. In better news, the lowest level of air defence, VSHORAD, is covered by the locally built ‘Poprad' system, which has been delivered to the PAF, as well as ‘Grom' manportable air-defence systems that are in delivery.

In terms of anti-tank capabilities, the situation is more optimistic. Poland procured 2,675 Spike-LR anti-tank guided missiles (ATGMs) and 264 command launch units (CLU) in 2003, and an additional 1,000 Spike-LR ATGMs in 2015. In addition, in 2021 the MND acquired 180 FGM-148 Javelin ATGMs and 60 CLUs. However, the existing quantity of ATGMs is not sufficient to establish a multilayered anti-tank defence and cover all of the PAF's anti-tank needs. There are two main ATGM programmes within the TMP, namely the lightweight, short-range ‘Pustelnik' and heavyweight ‘Karabela,' yet both are already delayed by two years. The local defence sector has developed suitable solutions for both requirements – ‘Pirat' and ‘Moskit LR,' respectively. In this context, it is also worth mentioning that loitering munitions under the ‘Gladius' programme can also be delivered by Poland's WB Group.

Poland needs to significantly speed up its modernisation, and this will be a key test for the newly established Armaments Agency. The MND should urgently finalise a decision regarding an interceptor for the ‘Narew' programme and potentially consider the co-production of the system with an additional Western partner to accelerate its delivery. The second stage of ‘Wisla' needs to be launched without any additional delay, and the PAF must also substantially augment both its ATGM and rocket artillery capabilities by acquiring additional systems. Regarding anti-tank weaponry, the army could acquire both local and international off-the-shelf ATGMs in order to meet time constraints. With regards to the ‘Homar' programme, it is worth considering the procurement of MLRS systems within the United States' Excess Defense Articles as an interim solution before the additional HIMARS units are delivered.

The resources needed to finance these programmes should not be an issue, at least in the short term. According to the draft Homeland Defence Act, approved by the government at the end of February, Poland will increase its defence spending to at least 3% of GDP in 2023, while the additional Armed Forces Support Fund will be established to obtain further funds for arming and modernising the PAF.

This article, originally published on 3 March 2022, was updated with new information.

Russia's invasion of Ukraine has created a new geostrategic situation for Poland, which shares a bor...