Ukraine conflict: Is the VKS underperforming? 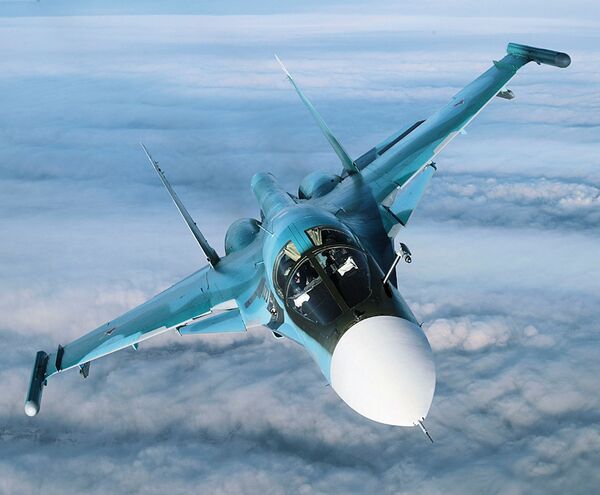 The VKS order of battle includes a wide range of aircraft, such as the Su-34 ‘Fullback', which has been observed operating over Ukraine (file photo). (Russian Ministry of Defence)

Military doctrine dictates that neutralising opposition air defences and air forces to enable freedom of movement for ground elements and facilitate air-to-ground operations should be a core aspect of any invasion plan. Although, at present, it is impossible to accurately quantify air losses on either side, there is no question that, after seven days of conflict, Russia has failed to achieve air superiority over Ukraine, let alone air supremacy. Furthermore, the Russian Air Force (Vozdushno-kosmicheskiye sily - VKS) has not played a decisive role in supporting the ground offensive.

Several factors could be at play to explain this failure. The first being that, at the strategic level, it wasn't ever intended to be that sort of operation and the massive application of air power was not considered necessary. There is evidence that the degree of Ukrainian resistance to a supposedly overwhelming opposing force was seriously underestimated, with the Ukrainian population expected to either welcome Russian forces with open arms or at least be ambivalent to an occupation.

Even if stiff resistance was expected, another question is how far in advance did VKS planners have sight of the full extent of the operation. Effects-based targeting is both time-consuming and resource-intensive, and to be effective, it would have taken from weeks to months to identify, gather, and assess the necessary information on target types and locations. While there was undoubtedly a limited VKS shaping air campaign, employing predominantly cruise and ballistic missiles to target both airfields and air defences, it was clearly ineffective and the Ukrainian Air Force and its air defence elements have continued to operate, albeit at a lower capacity.

Along with thorough planning, effective targeting depends to a large extent on the use of precision-guided munitions (PGMs), which are available to the VKS in limited numbers and require a significant amount of training to be successfully employed. Historically, available flying hours for VKS pilots are extremely low compared with other modern air forces, averaging approximately 10 hours per month.

Given these limitations, the VKS would normally resort to unguided weapons, employed on a greater scale to make up for the lack of precision. However, this type of employment appears to have been sporadic and limited so far. This supports the view that the VKS has been deliberately holding back in its offensive campaign rather than lacking the capability. Whether this has been to preserve combat power for later in the operation or in the misapprehension that Ukraine wouldn't fight remains to be seen, but worryingly, the likelihood is that we would expect to see a significant increase in airstrikes in the coming days with increasingly indiscriminate targeting, including of urban areas, tactics previously employed by the VKS in other operations including in Chechnya and Syria.

At a more strategic level, if significant air combat capability is deployed in support of the Ukrainian campaign, the overall sustainability of the VKS in the long term may be a further consideration.

From a tactical, close air support perspective, the apparent limited effectiveness of the VKS is easier to explain. Co-ordination between air and ground forces is technically and procedurally challenging, requiring a robust communications architecture and well-rehearsed processes. It is highly unlikely that most of the Russian ground formations will have the required enablers in place, nor will they have trained in joint land/air operations and, with both sides using similar ground equipment types, the potential for fratricide would be significant.

The same is true for the employment of Russian organic air defences where, despite identification friend-or-foe (IFF) procedures, the likelihood of procedural errors would be high, putting their fighter ground attack (FGA) aircraft at risk. When coupled with Ukraine's surface-to-air missile (SAM) capabilities, which are likely to be dispersed and employed using ‘shoot and scoot' tactics, under decentralised control and potentially using advanced Western manportable air-defence systems (MANPADS), the threat environment for the VKS in the ground attack role will be high.

The attrition rate of the Ukrainian Air Force is unknown, but unconfirmed reports suggest they have been at least partially successful in the defensive counter-air role. How long this capability remains viable is unclear, however, renewed Russian attacks from both air and ground against Ukrainian airfields are likely to ultimately neutralise this threat.

The poor performance of the VKS to date is probably not explained by a single issue, but a combination of factors. The relative lack of VKS offensive and defensive counter-air activity over the whole area of operations cannot be explained solely by the remaining threat, but will likely be a contributory factor, to which a combination of limited aircrew experience and training, a lack of precision munitions, and poor air/ground co-ordination are likely playing a role. However, the biggest factor is likely to be that the need for a comprehensive air campaign to both shape the operational environment and support ground forces was never envisaged as being necessary, and therefore not planned for.

Superficially, the poor performance of the VKS to date is good news for the defenders and will have enabled Ukrainian ground forces a level of freedom of movement they would not have expected. However, in an effort to reinvigorate a stalling operation, a significant ramping up of Russian air activity in all roles can be expected, utilising the superior numbers of aircraft the VKS has at its disposal. Worse, as the steadfast resolve of the Ukrainian population continues to frustrate Russian ground forces, and as they begin to shape operations around Kyiv, the potential for wide-scale, indiscriminate bombing as witnessed in Aleppo in Syria is very real. Whatever happens, the limitations of the VKS in all roles have been significantly exposed.

Air Vice-Marshal Sean Corbett (retd) is the founder and CEO of IntSight Global and chairman of Janes National Security Advisory Board. He retired from the Royal Air Force in September 2018 after a 30-year career as a professional intelligence officer. His last appointment in the military was in Washington, DC as the first non-US deputy director of a major US intelligence agency.