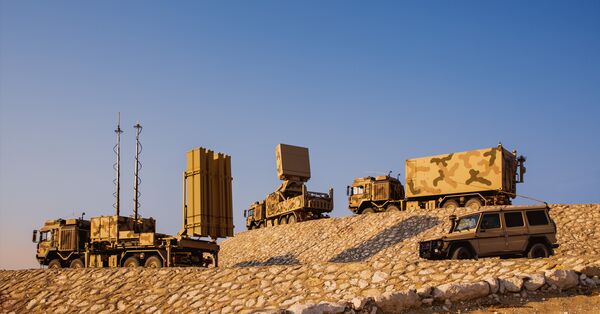 Germany has delivered the InfraRed Imaging System Tail Surface Launched Medium Range (IRIS-T SLM) ground-based air defence (GBAD) system to Ukraine, Ukrainian Defence Minister Oleksii Reznikov tweeted on 11 October. The announcement came three days after German Defence Minister Christine Lambrecht announced on 8 October that the first of four IRIS-T SLMs would be ready to defend Ukraine. A Diehl official told Janes on 11 October that the system would be operational no later than the end of 2022.

He said the contract with Ukraine for the first system, as well as support, training, and ammunition, was signed at Eurosatory 2022 in Paris in June. He added that the contract for the three remaining systems was signed recently. He refused to comment on media reports that an IRIS-T SLM with several missile loads costs EUR140 million (USD135.8 million).

Diehl is providing Ukrainian personnel 12 weeks of training in Germany on how to operate IRIS-T SLM.

The system will be used to defend Ukrainian military and civilian targets from Russian air attack. It has a range of 40 km against missiles, which it can engage at a height of up to 20 km, according to the German Federal Ministry of Defence.

Reznikov tweeted, “A new era of air defence has begun in Ukraine. IRIS-Ts from Germany are already here. US NASAMS [National Advanced Surface-to-Air Missile Systems] are coming. This is only the beginning. And we need more.”