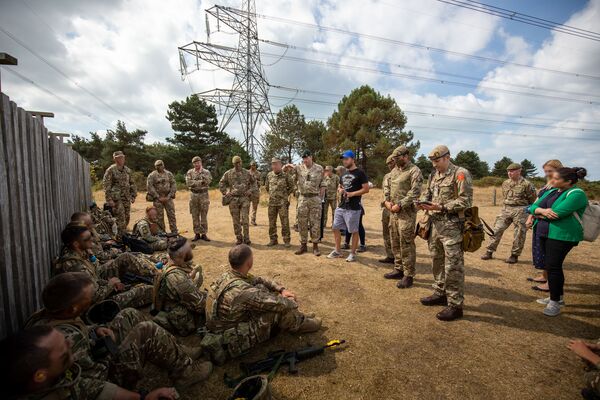 On 29 August, about 90 Dutch personnel will begin training Ukrainian recruits in the UK, seen here being visited by UK Chief of the General Staff General Patrick Sanders in July. (UK MoD/Crown copyright)

About 90 Dutch personnel will begin training Ukrainian recruits on 29 August, the Dutch Ministry of Defence (MoD) reported on its website on 24 August. The trainers from the Dutch army's 13th Light Brigade left the Netherlands on 20 August.

Defence Minister Kajsa Ollongren told parliament on 19 August that the Dutch soldiers would conduct their training mission until the end of November.

The Dutch trainers will provide training in tactical skills, marksmanship, battlefield first aid, and the law of armed conflict. In addition, a few Dutch staff officers will work with their UK counterparts co-ordinating the training programme.

The Netherlands and the UK are discussing continuing the training mission for the first three months of 2023 with the participation of the Royal Netherlands Navy's Marine Corps.

The UK, together with other partners, plans to train 10,000 Ukrainian soldiers in three to four months.

The training is being provided by more than 1,000 personnel from the British Army's 11th Security Force Assistance Brigade at UK MoD sites in the northwest, southwest, and southeast of the country.

About 90 Dutch personnel will begin training Ukrainian recruits on 29 August, the Dutch Ministry of ...