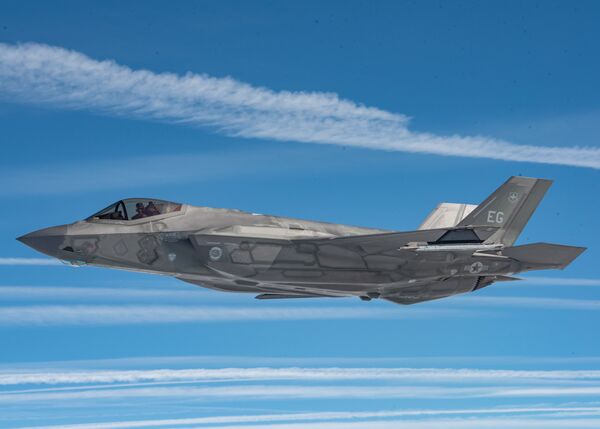 The US is to beef up its F-35 presence in Europe, with a further two squadrons to be sent to RAF Lakenheath in the UK. (US Air Force)

The United States is to send two additional squadrons of Lockheed Martin F-35 Lightning II Joint Strike Fighter (JSF) aircraft to the United Kingdom as part of a wider ramp-up of capabilities in Europe following Russia's invasion of Ukraine.

US President Joe Biden made the announcement at the NATO Madrid Summit on 29 June, with the two new F-35A squadrons being despatched to the home of the US Air Force's (USAF's) 48th Fighter Wing at Royal Air Force (RAF) Lakenheath in the UK.

“Today I'm announcing the United States will enhance our force posture in Europe and respond to the changing security environment as well as strengthening our collective security,” Biden said, announcing the F-35A deployment as part of a wider package of military assurance measures for European NATO alliance members.

RAF Lakenheath is home to the 495th ‘Valkyries' Squadron, with the first of the unit's 24 aircraft arriving at their new permanent operating base in December 2021. A second permanent unit is to be announced in due course.

With an initial two F-35A units comprising 48 aircraft set to be permanently stationed at RAF Lakenheath, Biden's announcement did not reveal if the additional two squadrons and their 48 aircraft will also be stationed for the long term at the base, or if they are being rotated in and out of the European theatre as a short-term reassurance measure.